While running errands last week I found myself with a few minutes to kill. It was a beautiful day and visiting Perkins Park in Newark to try to get a few duck pictures sounded like a good idea

The thing about the  Finger Lakes area is each town has it’s own claim to fame, the area is so loaded with history and interesting facts it is hard not to share.

So there goes wordless.

The Rose Capital of America

You wouldn’t guess it now, but Newark, NY  was once known as the Rose Capital of the America.

A little company called Jackson & Perkins was unassumingly launched back in 1872 in Newark.   When Charles Perkins, with some financial backing of his father-in-law, A.E. Jackson, started up a modest nursery business selling wholesale strawberries and grape plants from a farm in Newark, N.Y.

Jackson & Perkins began selling roses before the turn of the century, but it was not until the early 1900’s that roses became the company’s main product. That was the result of an employee’s interest in rose breeding.

In 1896 the company hired E. Alvin Miller, who, in addition to his regular duties, experimented with hybridizing roses. In 1901, Jackson & Perkins marketed one of Miller’s varieties, a climber called Dorothy Perkins, which became one of the most widely planted roses in the world.

What had started a nursery serving Upstate New York gardeners became a mail-order powerhouse serving rose enthusiasts across the nation. Over the next several years, this part of the business grew so much that the company published its first catalog.  Newark soon became known as the Rose Capital of America, and hundreds and thousands came each spring and summer to see the famous Jackson & Perkins rose gardens.

Jackson & Perkins is now based in South Carolina, the famous rose gardens are gone from Newark. But on a parcel of land donated by the Perkins family sits the Perkins’ school,  tucked directly behind the school is the charming Perkins Park.

Complete with a babbling stream this hidden little park is a great place for a walk or to let the kids feed the ducks. 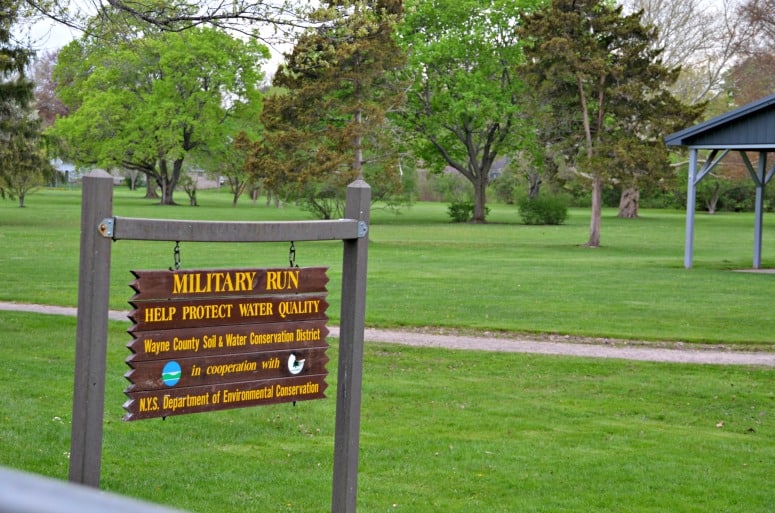 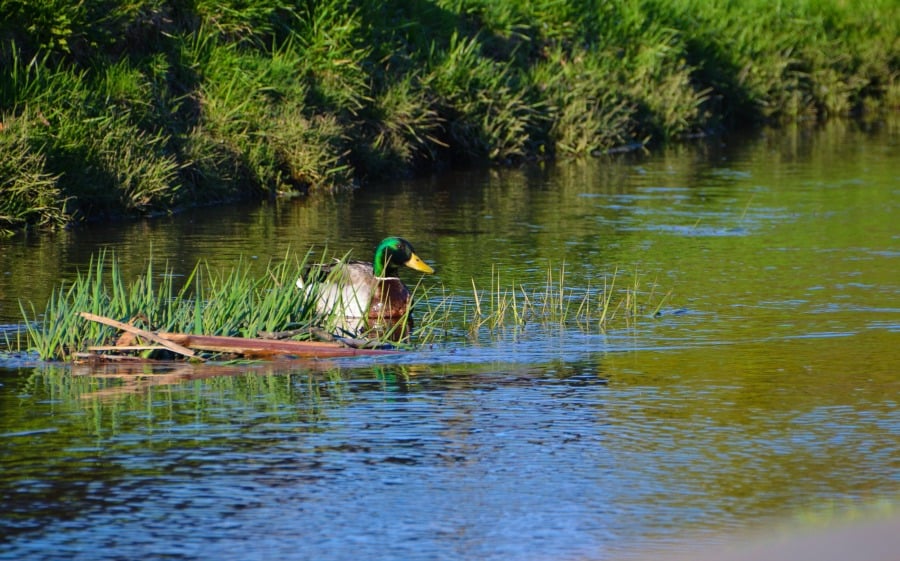 The only thing missing?

There I feel better now 🙂 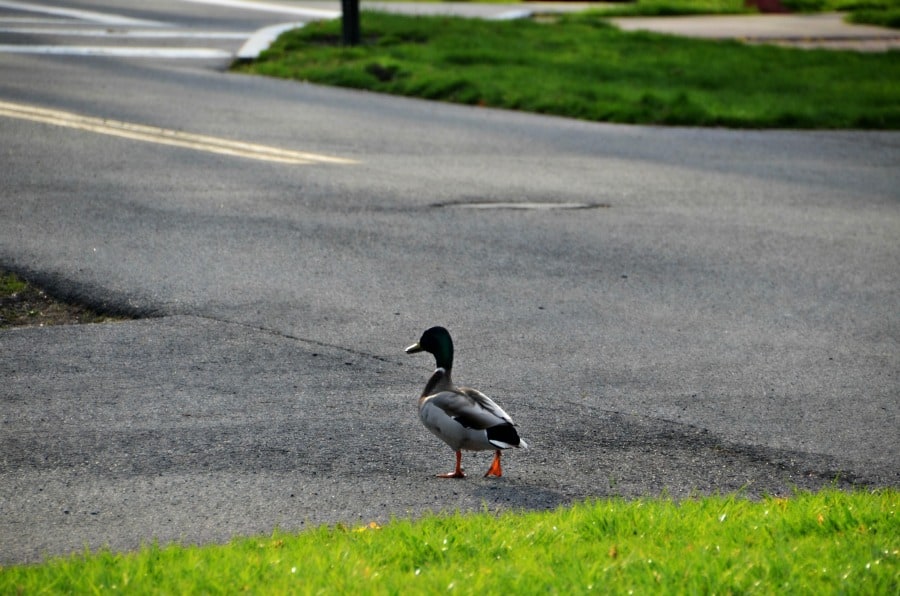 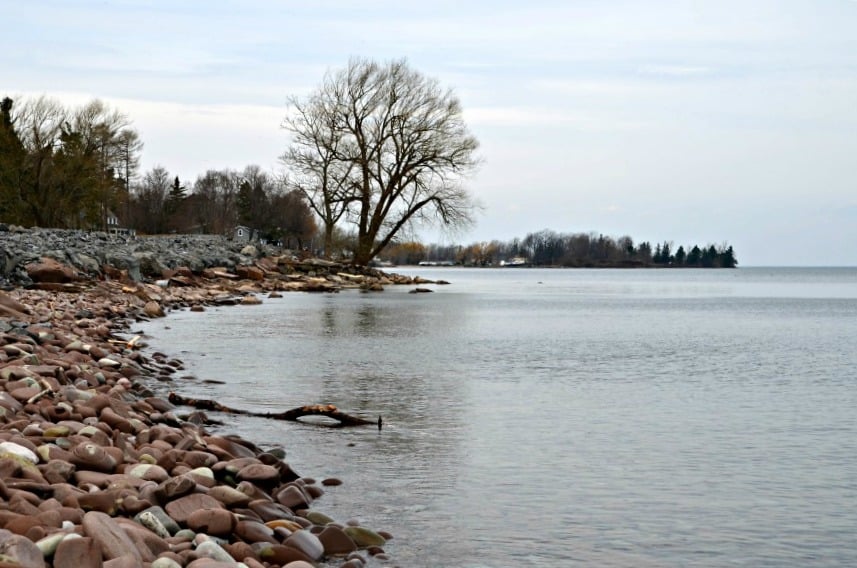 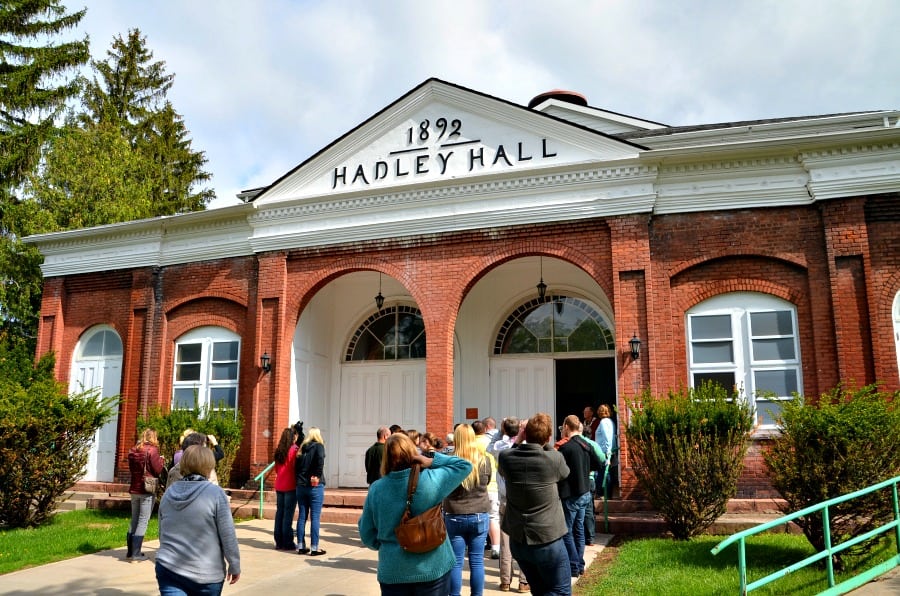 Hi, as a child my family moved from Geneva, New York to Pennsylvania, I remember visiting my Grandparents in Newark, my parents would always stop, and we would walk through the garden seeing all the beautiful roses . That was many years ago and I was very sorry to learn that the beautiful garden is gone. Only in my memories now!

[…] The Tutdor style estate was listed on the National Register of Historic Places in 2006. It is tastefully furnished with antiques, and the Meeks are dedicated to maintaining its original appeal, throughout both the house and the formal gardens. The Estate is  within walking distance to the charming park that sits on land that was donated by the Perkins family. […]

Hi Jennifer- Great story on our best kept secret- Perkins Park. Jackson & Perkins is now located in Hodges, South Carolina I would love to tell you how Military Run, the brook that runs through Perkins Park, got its name.

I am intrigued! I remember doing a few searches on that stream while I was writing the post and came up with nothing.