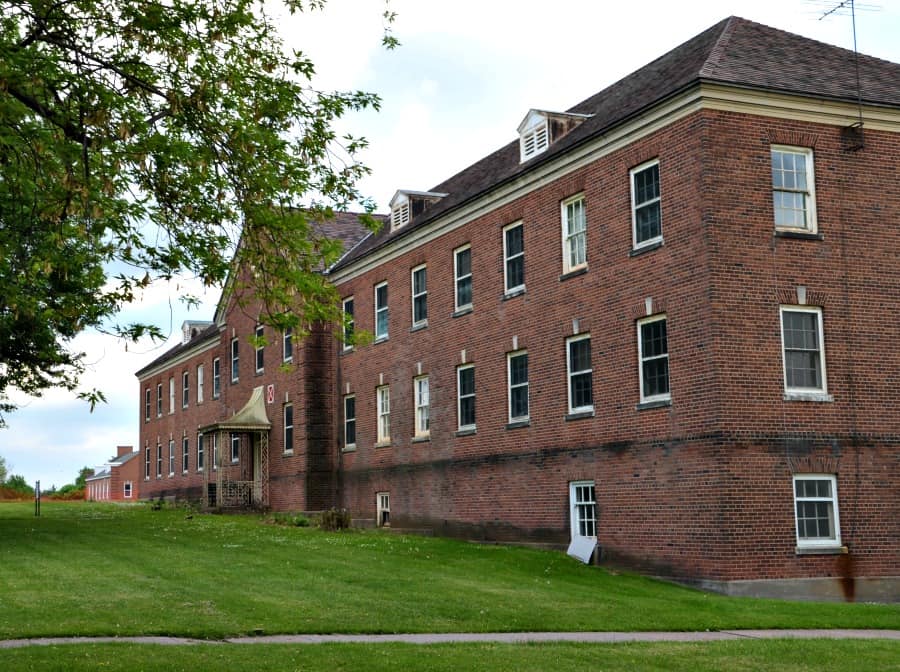 After my visit to Willard I started thinking the old Newark State School grounds and buildings are very similar, in style and layout.  I decided to dig around in Google and see if that was a asylum at one time or another.

Guess what, It was!

New York Custodial Asylum for Feeble-Minded Women, at Newark, N.Y. opened for operation in 1878 as a satellite facility of Syracuse State Idiot Asylum.

Wait, What’s with all this name calling?

Ah, those Victorians were a sensitive bunch weren’t they?

Let’s just stop here for a second, because if you are anything like me you are probably wondering what is up with the name calling, and what exactly is the difference is between a feeble-minded person and idiot, right?

The Victorian’s in all their subtlety created a hierarchy of terms (that by today’s standards would be considered totally derogatory)  describing illnesses or deficiencies of the mind.  Each label was an actual clinical diagnosis  to classify psychiatric conditions.

So here we go from lowest to highest level of functioning:

There you have it, you have now had your crash course in the politically incorrect psychological diagnoses of yesteryear.

Like other asylums around New York, the  Custodial Asylum for Feeble-Minded Women name changed with time.

From what I have read the name change to New York State Custodial Asylum for Feeble-Minded Women reflected a shift in belief that  almshouses (poorhouses) were improper places for ‘feeble-minded’ women.

It was thought that feeble-minded women in almshouse settings acted promiscuously, and as a result frequently had illegitimate children who, then became dependent on the state for their welfare.  Women of child-bearing age, fifteen to forty-five, were admitted to the New York State Custodial Asylum for Feeble-Minded Women , in order to “prevent them from multiplying their kind and so increasing the number of the dependent classes on the State” (New York State Board of Charities Report, 1879).

Now still referred to locally as the State School many of the buildings sit vacant, but some are still in use as a Developmental Disabilities Services Office (DDSO) and some are in use by Finger Lakes Community College. I actually took some of my night classes there when I was in college.  I choose not to take pictures of the active buildings, It seems weird to take pictures of schools in use. 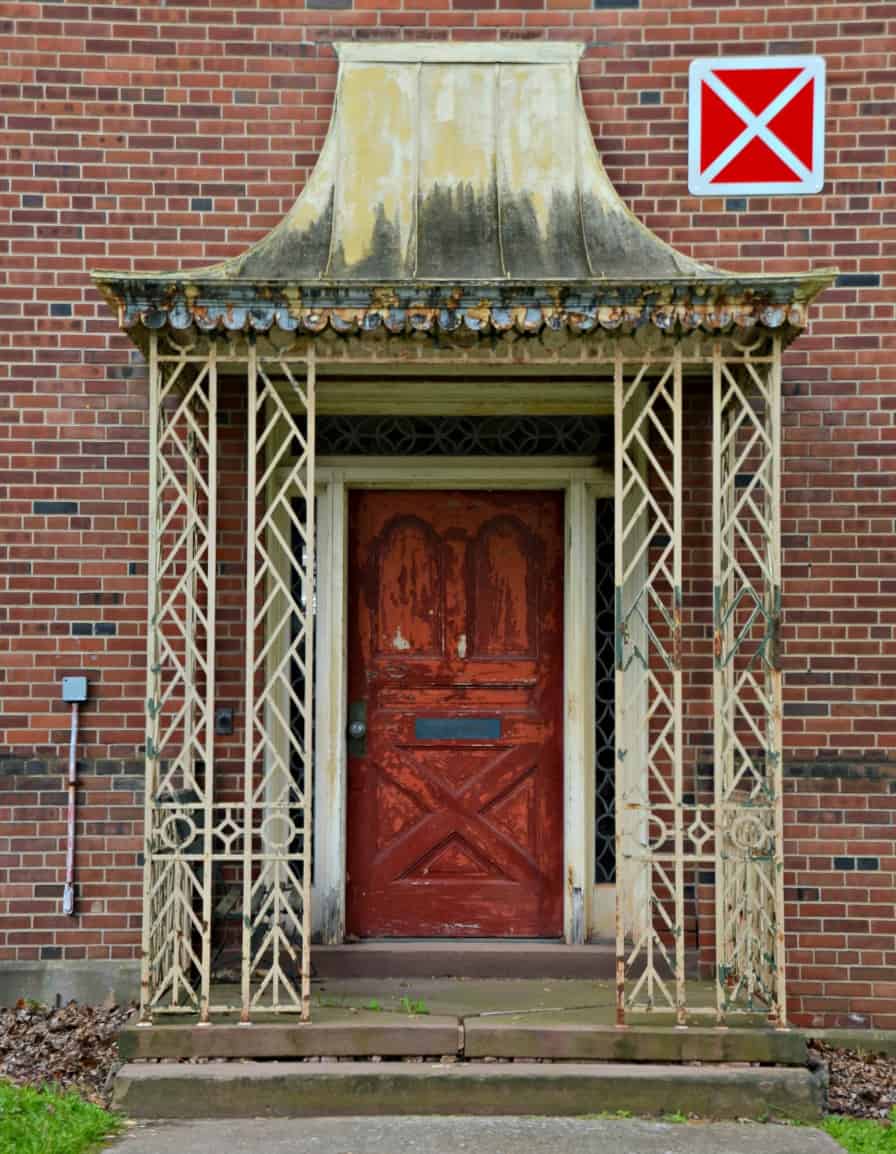 I don’t know if marking vacant buildings with red signs is new, or I am only just now noticing these signs because I just recently have started hanging around vacant buildings. When I asked around I found out the red sign with a white X by the door is a identifying sign for firefighters of hazardous vacant structures. Buildings marked with these signs indicate a abandoned or vacant building that has structural or interior hazards to a degree that would warrant firefighting efforts be limited to the exterior of the building for the safety of firefighters. 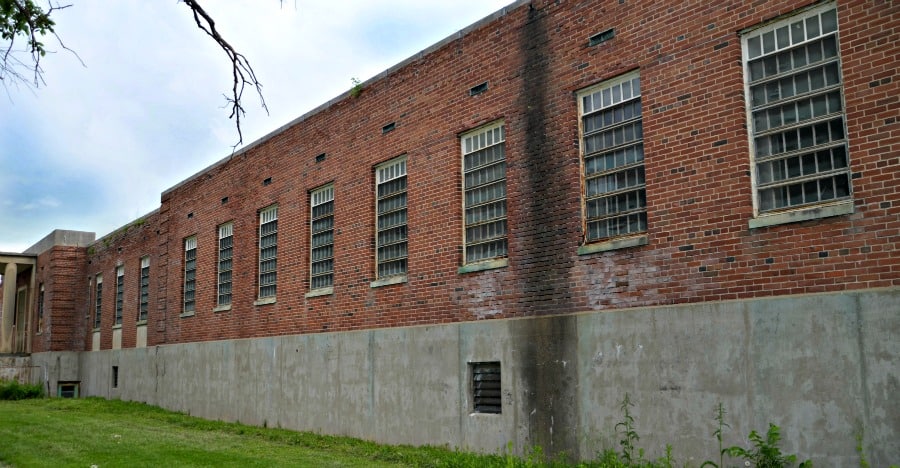 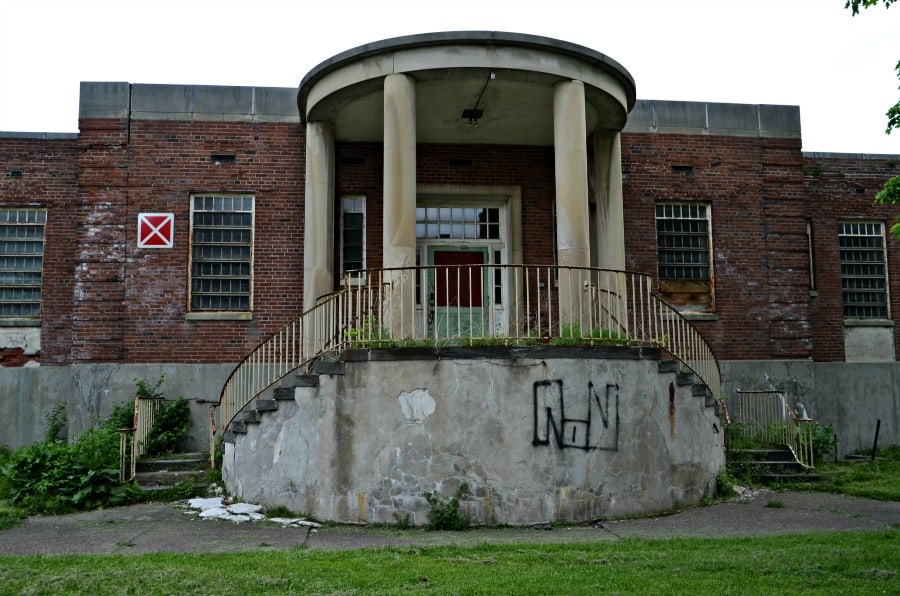 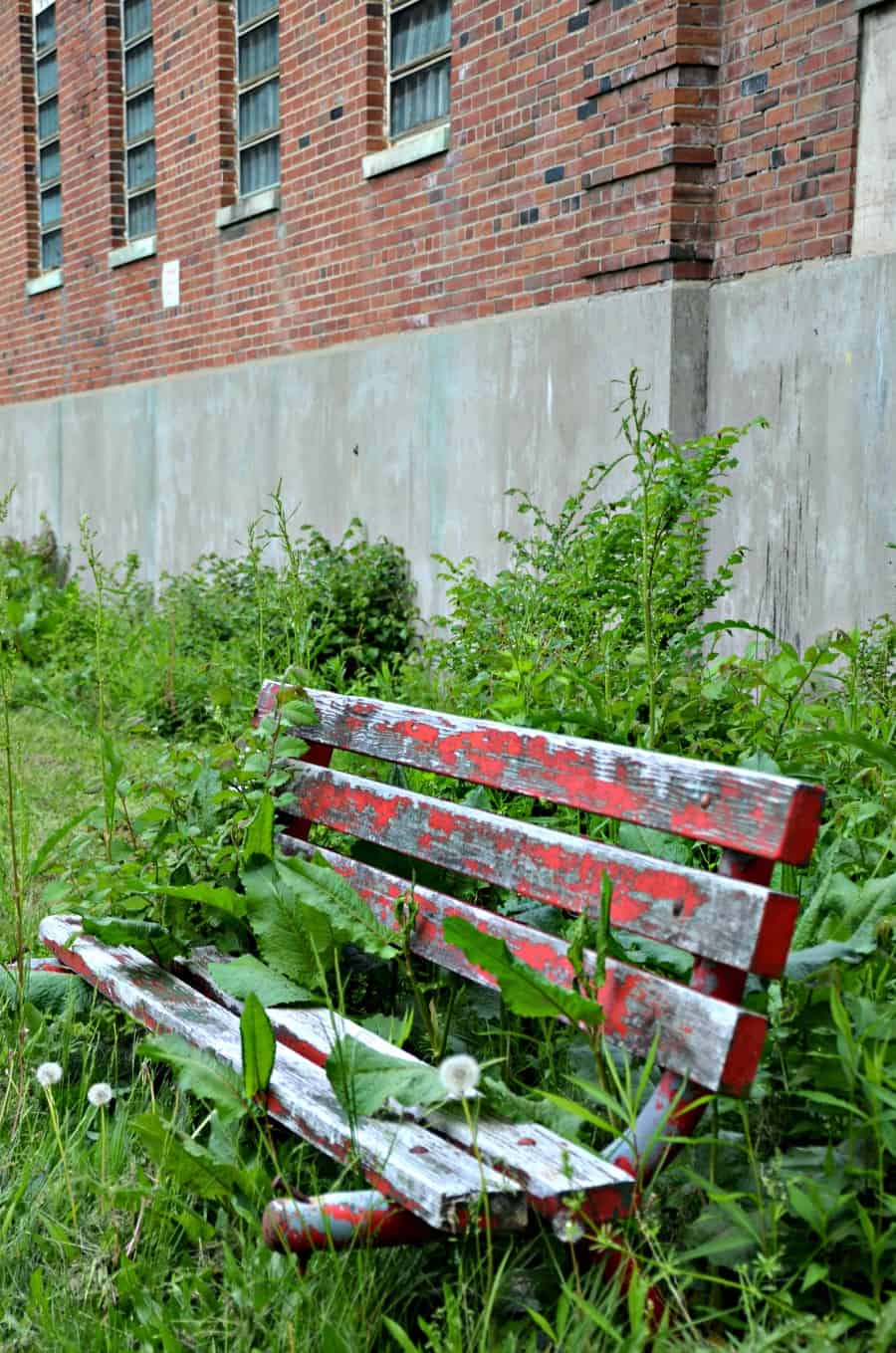 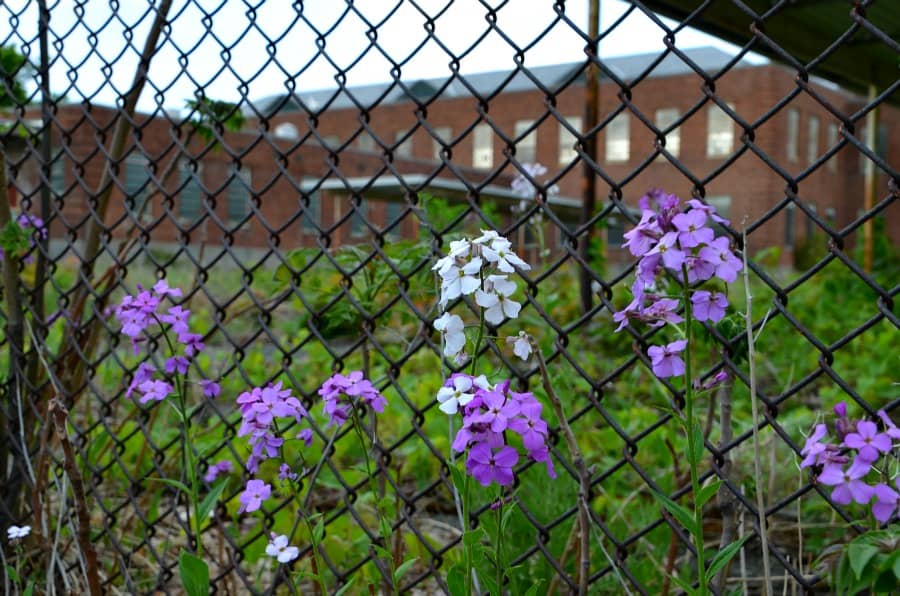 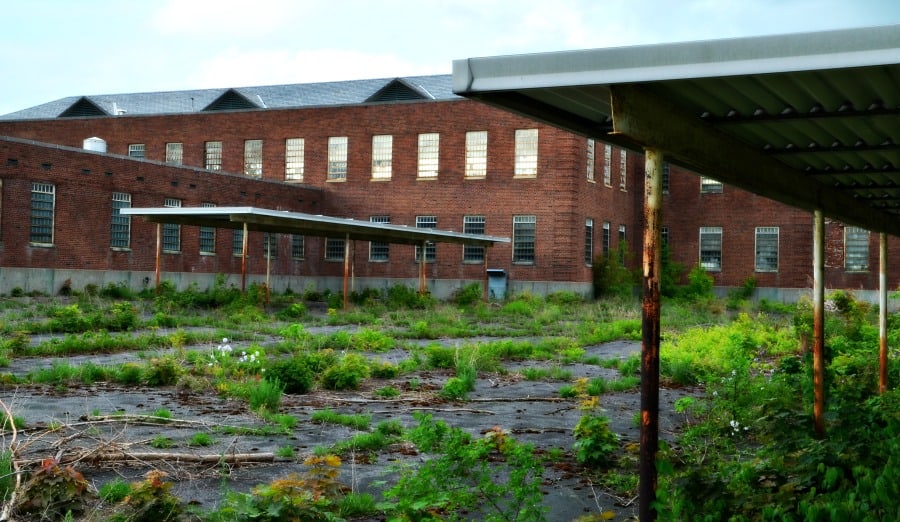 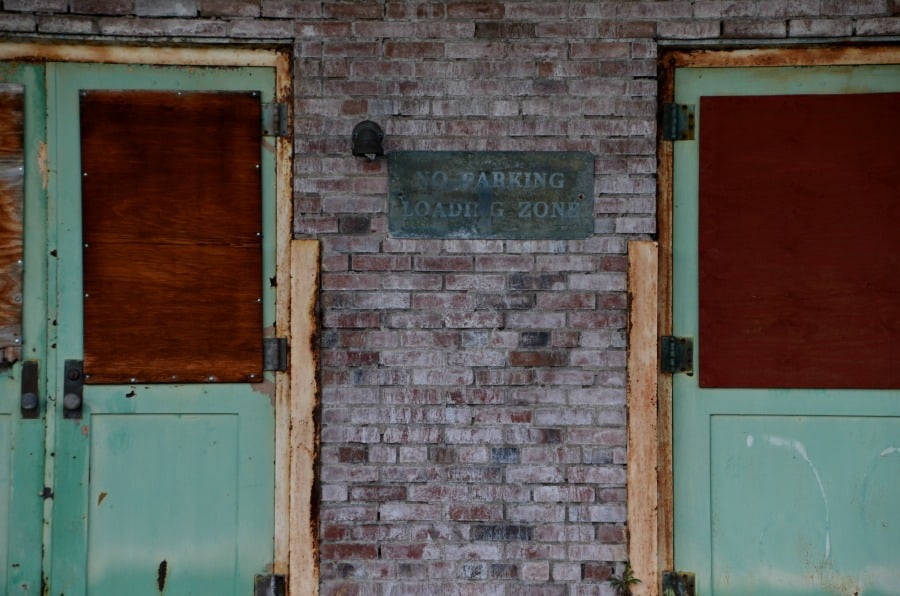 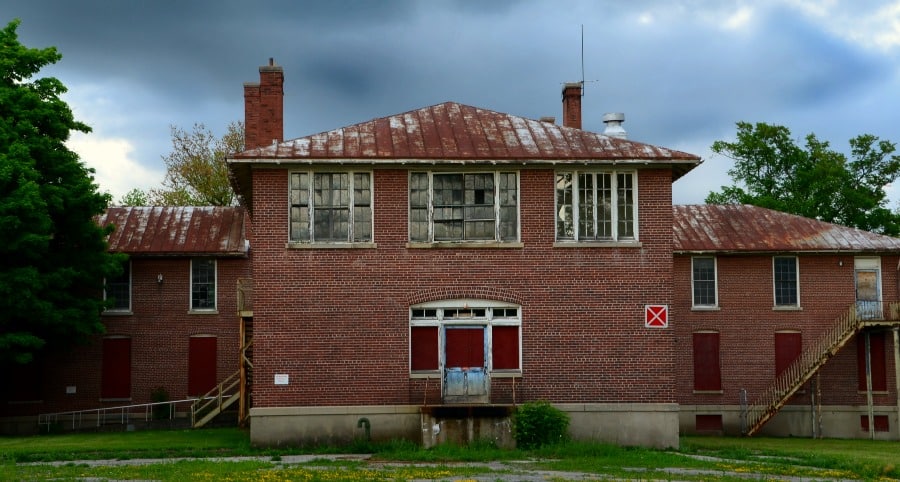 I was able to finally find the old state school cemetery, thank you for all the directions! I was also able to get a cemetery map showing exactly where all the graves are located, although the individual burial sites are not shown, it only indicates the rows. If you would like to download a high-resolution version of the map you can do so through this link: East Newark Cemetary.

The State School portion of the cemetery isn’t marked, but the land is maintained.  There are a couple of new (as in they look brand new) gravestones that have been placed alongside the old numerical markers which make me wonder if there is a group working to clean up and mark the graves at this cemetery, as the Willard Cemetery Memorial Project has been working to do at the Willard Psychiatric Center in Ovid. 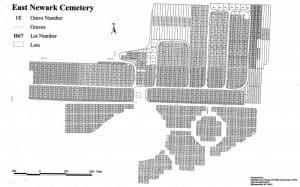 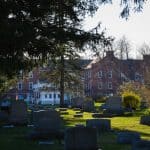 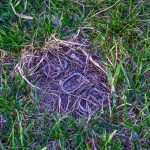 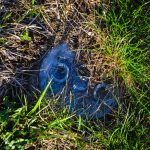 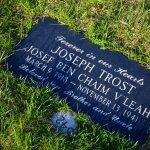 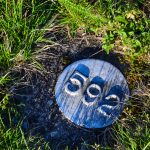 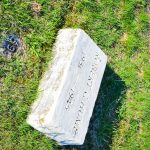 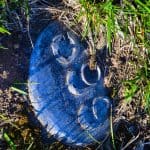 I am way to chicken to try to get pics inside of the buildings. If someone was to get arrested for trespassing, attacked by a rabid squirrel, or  have a floor collapse in on them , it would probably happen to me. But I did find some fascinating shots taken inside these buildings, which I don’t recommend, it is dangerous and against the law.

Is it possible to obtain records anywhere for a patient that lived here in 1930?

My aunt was institutionalized at the age of around 5 (she was born in 1899). I found her at the Newark State School for decades up until the 1940 census. She would have been 41 in 1940. I looked for her in the newly released 1950 census and she is no longer there. Would they have transferred “older” patients somewhere else? If so, does anyone know where they might have been sent?

I was hoping someone could give me a little more information about this place. I work at Otte hall, the rehab that is part of Flacra at 621 Church street. I was wondering what the building used to be. Also, if anyone could maybe give me some insight about a little girl that must have died either in the building or one of the other buildings. I have had multiple clients mention that there have been two separate "visitors". There have been many different accounts from multiple different clients that have encountered a young girl that will apparently jump at the bottom of their beds and has even lifted up a client's arm to cuddle up with him. The other visitor is much different and a very negative presence. It has been said to be a older gentleman who will aggressively shake the bottom of the bed or aggressively pull clients by their feet and try to pull them out of the bed. A few clients have mentioned this man pushing them hard into the wall or biting their feet. One specific client has been dealing with this man almost every single night and has described this entity "pulling him out of his body like he was trying to possess him". If anybody has anything they can share or any insight on any of this, I would appreciate you reaching out. Any information on the building or the area or deaths that could be related to these occurrences would be helpful.

@Jon, I am in no way associated with the author of this amazing article, but saw your comment. I investigate the paranormal and would love to hear more of your experiences and stores! [email protected] Thanks! Richelle G

My birth mother was a ward of the state and was at this facility, she gave birth to me in 1961. I was adopted out to a loving family, but always wondered about her. Her name was Dora. Any info would be most appreciated.

Hi, My great aunt, Anna Hubbell, was an "inmate" from sometime in the early to mid 20's until her death in 1972. She is buried at the school. I can get NO information about her, dead ends everywhere. I would love to know a bit about her and why she was committed. Never knew my grandmother even had a sister, it was never spoken of. Any suggestions on how I might get information?