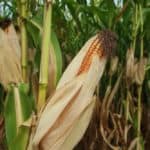 I am proud and a little relieved to say we have just finished corn chopping, and in record time to boot! Corn chopping is pretty much the official end to the growing season on our farm, and usually, by the point it rolls around we  (well, maybe it’s just me) are just ready to be done dealing with that aspect of the farm.

If you are not sure why we do this every year, we chop field corn which is much different than sweet corn, ask my neighbor who was invited to help herself to our sweet corn and accidentally picked and served field corn to her family for dinner 🙂  to make corn silage. You might see it in the form of long plastic tubes like we use, known as AgBags, or in bunkers on large dairy farms covered with plastic and topped with tires.

Corn silage is corn and the stalk and has been chopped and fermented to be fed to cows over the winter. This high-moisture feed is a popular forage for cows because it is high in energy and easily digested by cattle. Instead of storing our silage in a traditional upright silo we store our silage in a huge heavyweight plastic tube on the ground, that we have to remind the kids to stay off of the whole year, apparently, the temptation to climb on the AgBag is strong when you are a farm kid! 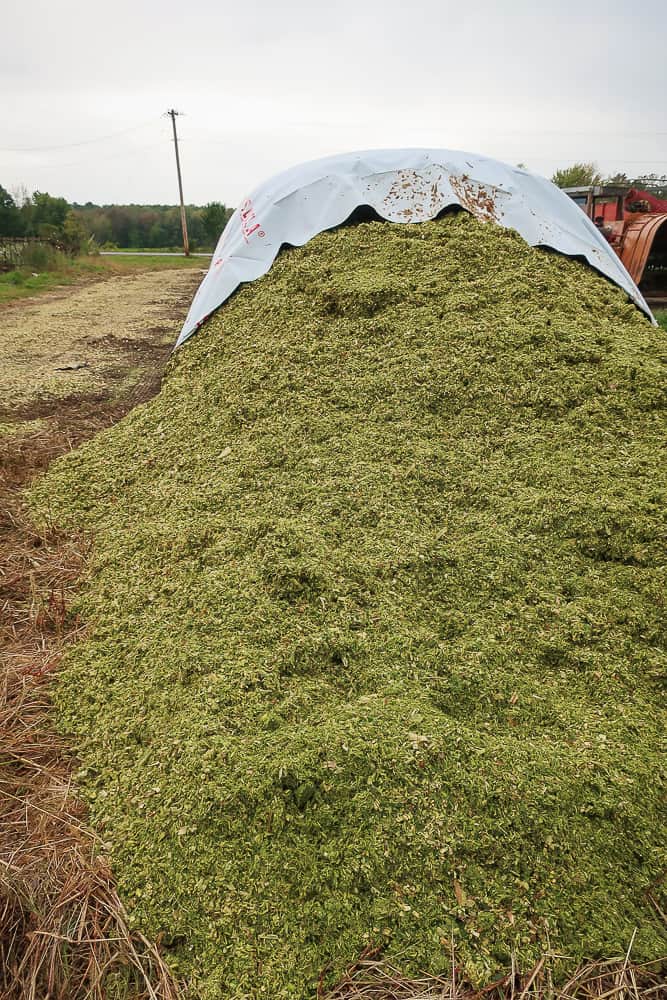 We almost always chop our corn around mid-September. The timing of the corn chopping is crucial, if you chop to early, the silage will be too wet, and fermentation will happen more slowly, resulting in less digestible nutrients for the cattle. On the other hand, if you chop to late,  the overly dry forage will be difficult to pack, resulting in moldy silage. 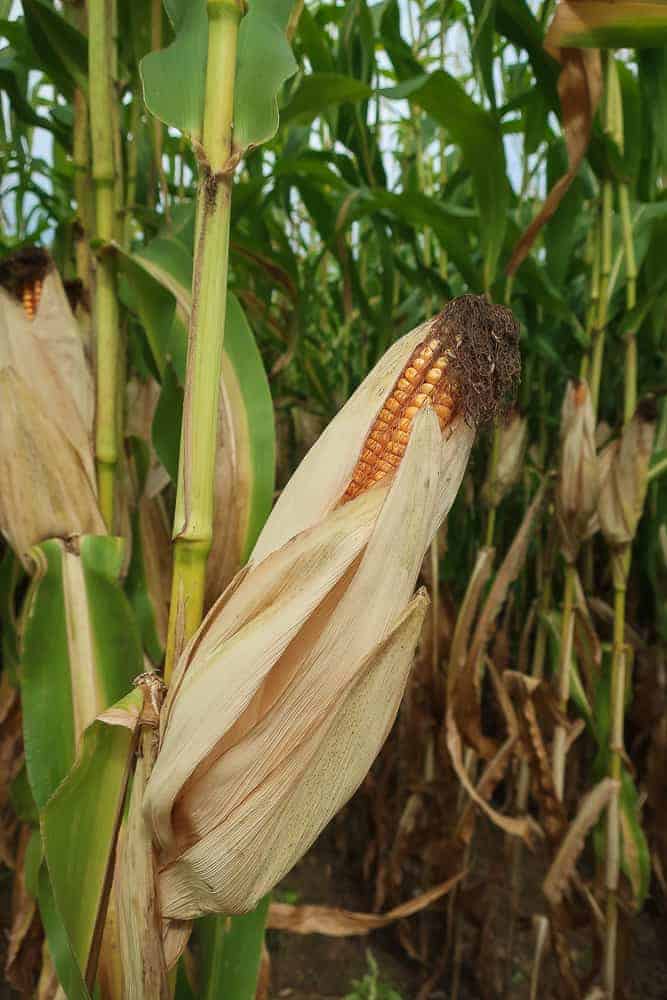 Field corn is usually ready for harvest when it starts showing browning of the lower leaves while the upper 3/4 of the plant will be green; husks will be dried to a tan color; ears will have fully dented kernels;  and if tested the whole plant moisture will be in the range of 60 to 68%. 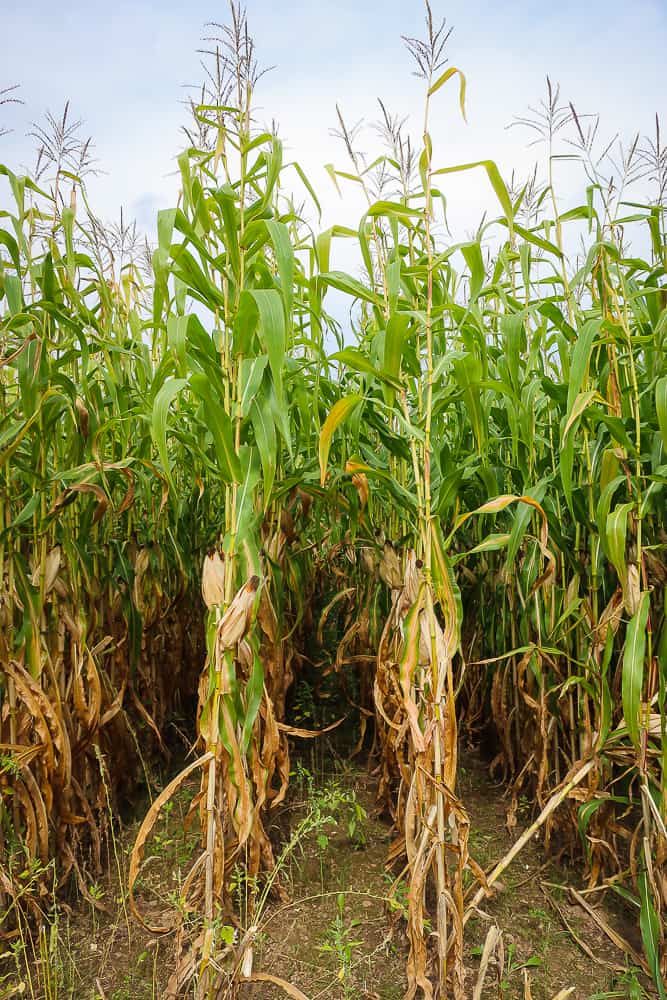 Corn will sometimes get too mature in the field. One of the biggest problems with mature corn is that the corn kernels get hard, and even after chopping the corn kernels will not be easy for the cattle to  digest, this doesn’t hurt the cattle, but the corn kernel travels through the cows digestive system and shows up in the manure, which is then becoming feed that  wild turkeys and other birds will eat, rather than being used for the development and growth of the cattle. This year we have begun utilizing the corn chopper you see below that has an onboard kernel processor. The kernel processor is a set of counter-rotating rollers that are intended to crack corn kernels as they pass from the cutterhead to the blower, this processing of the corn kernel significantly increases the digestibility of the entire plant.  The day we chopped corn the processor was having difficulties, and it was out on the shop floor for repairs, and I got a view of it that I haven’t seen before and it is really amazing that 6 rows of corn can be processed through such a tiny space! 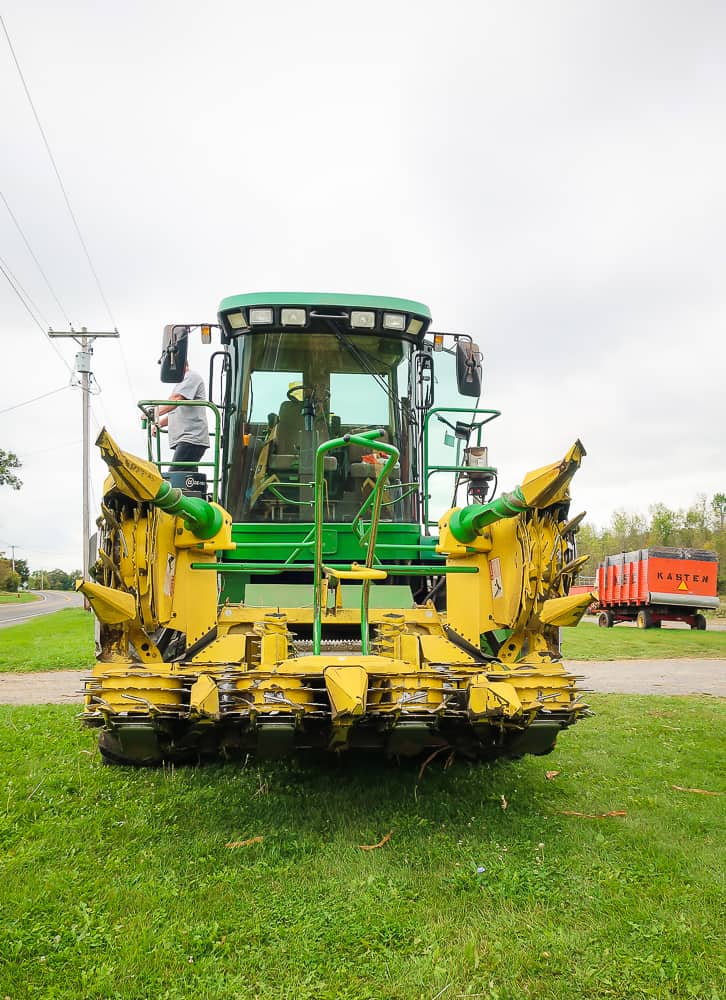 This year we also added a silage additive that sprays on the corn in the chopper at some point, either before or after processing. This additive acts like an inoculant and infuses the corn with enzymes and microbes that help the ensiling process along. It is actually very similar to yogurt making (kind of). The live and active cultures in the additive introduce beneficial organisms, which ferment and transform the basic food into a nutrient-rich, easily digestible feed for cattle all winter. 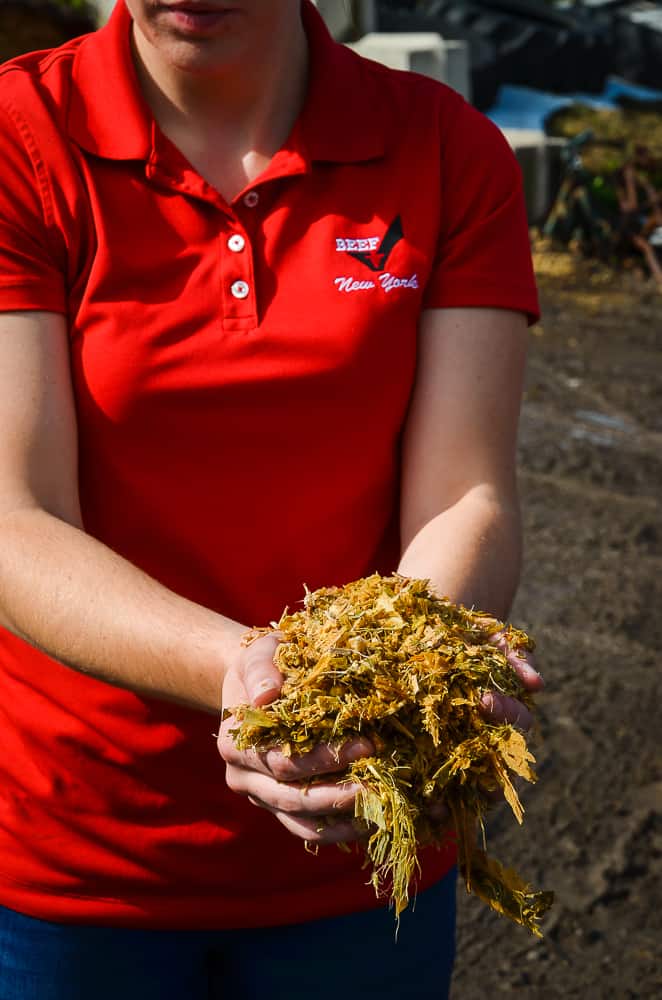 Once the corn has been chopped in the field it is blown into wagons and moved the bag location. We rent a bagger which packs the silage into the plastic AgBag, our an old White tractor propels it forward very slowly. It’s a good system for our small family farm, as silos are not always convenient and we are small enough that we don’t need an entire bunker of silage. 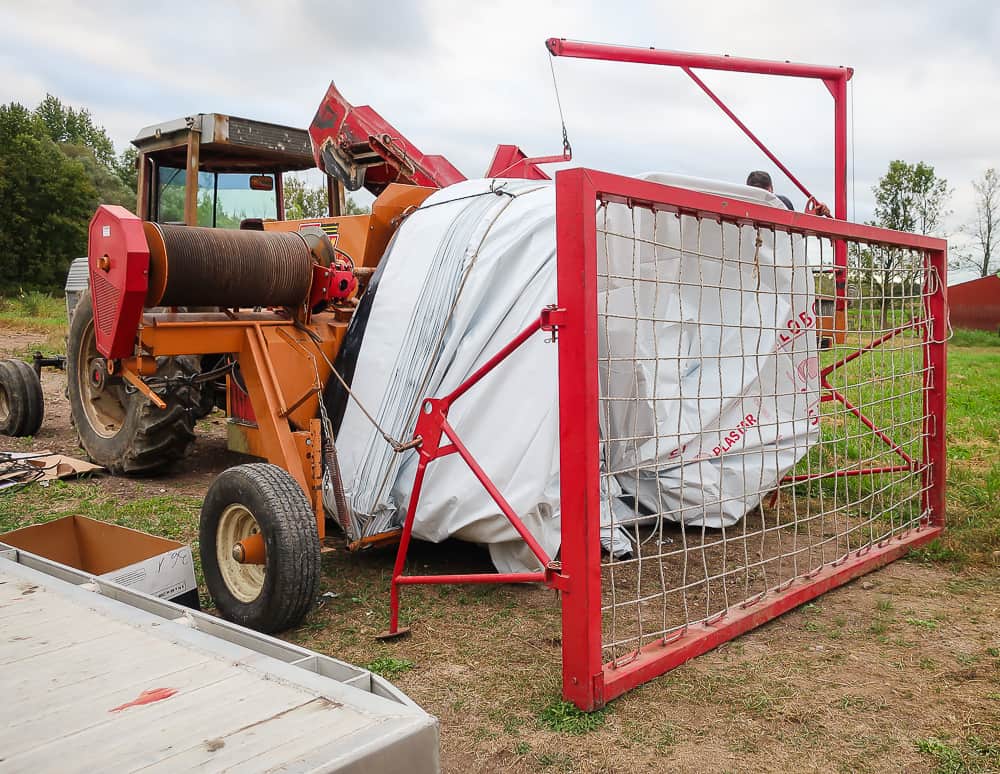 I have talked before about what a huge undertaking the field corn harvest was, and in some ways still is, but the new chopper (which isn’t ours by the way) drastically cuts down on the amount of time it takes to harvest a field. When I first started Home in the Finger Lakes I wrote about how the job is so massive we work with another family farm in our area to get it done, and even with the joint effort, it will still take a month to finish the harvest on both of the farms.  We are still working with the other family farm in town, in fact, he owns the chopper,  but this year instead of multiple days to make the silage, it took a day and a half, had the processor not broken down I am positive it would have been done in 1 day!

At the end of the second day of corn chopping, there was rain pretty much all around the farm, we got lucky and for the most part, the rain missed us.  But we did get a pretty rainbow which was the perfect way to wrap up our field corn harvest! 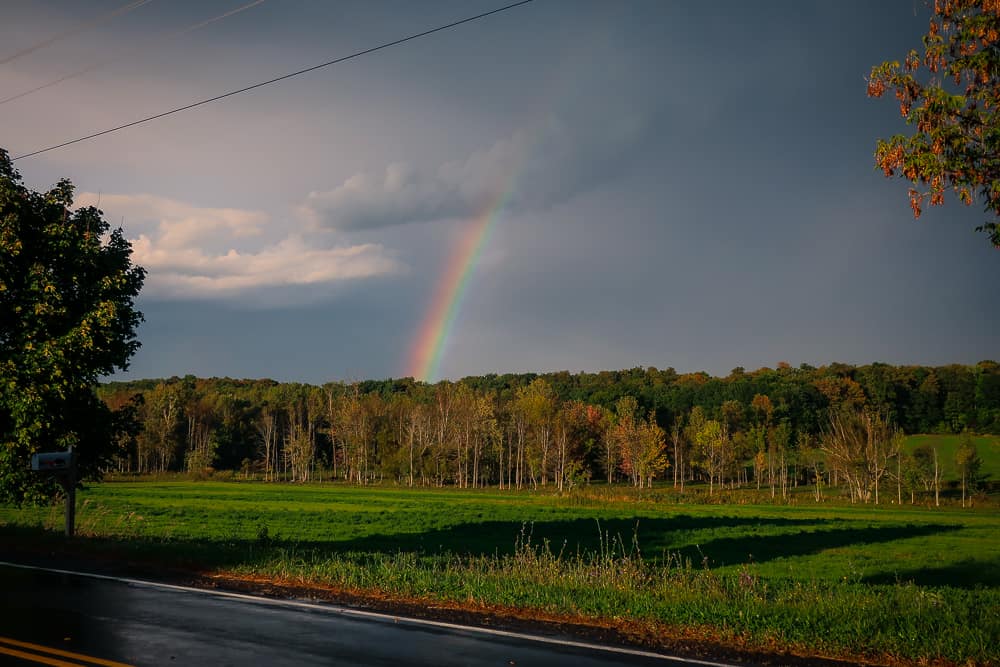