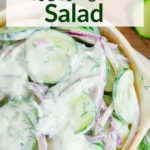 Creamy Cucumber Salad is a fresh and simple side dish featuring thinly sliced cucumbers and red onions in a sour cream and dill dressing.

Here in Upstate New York we’ve already crossed into 90 degree heat once this summer, and it is forecasted to return again for the 4th of July. Our old farmhouse doesn’t have central air, which means standing in front of a stove can be a downright miserable experience, so I am all about cool summer dishes that don’t heat up my kitchen, like this creamy cucumber salad.

Having a simple salad like Creamy Cucumber salad ready and waiting in the fridge makes getting dinner on the table a breeze on hot summer days, it is one of those tried and true side dishes that everyone loves, and can be stirred together in about 10 minutes. Creamy cucumber salad pairs perfectly with Cornell chicken barbecue and Ribs for dinner.

The History of Cucumber Salads

Creamy cucumber salad is incredibly popular, in fact it seems every family has their own version, and that may be because many cultures have a traditional cucumber salad dish. Typically they all have a similar sour cream dressing, that is seasoned with fresh dill and includes an acidic component, such as vinegar or lemon juice.

In Poland, Creamy Cucumber Salad is called Mizeria. The english translation of Mizeria is misery, which initially seems odd for such a delightful and refreshing salad. The salad which is very popular during the summer months in Poland was said to make Queen Bona Sforza, an Italian princess who married Polish King Sigismund I in the 16th century homesick for Italy. Queen Bona Sforza is credited with bringing a great variety of vegetables from her native Italy to Poland.

How to Make Cucumber Salad

Cucumber salad is so easy to make, and requires absolutely no cooking! To make this light and refreshing salad you only need a couple of fresh ingredients; cucumbers and dill. The Creamy Cucumber Salad Dressing is made with pantry staples you probably already have!

What are the Best Cucumbers and Onions to Use for Creamy Cucumber Salad?

I personally like to use English Cucumbers for all my salads. English cucumbers are also called seedless or burrless cucumbers. They are usually 10 to 12 inches long and slender and sold in plastic sleeves to protect the thin peel. The more tender peel and lack of seeds in an English Cucumber make prepping cucumbers for salads a breeze. If you’d like to use a garden grown slicing cucumber, which is shorter, fatter, with a thicker skin, and has larger seeds. De-seed and remove the peel of the cucumbers before slicing for salad as the seeds can taste bitter and the peel can be tough.

How Long is Cucumber Salad Good For?

Creamy Cucumber Salad is best when served shortly after making it, but it will last several days as long as it is kept cold and covered. The longer this salad sits though the more the cucumbers will weep, making the dressing more watery, and as a result of the cucumber shedding liquids they may also lose some crispness.

To make this creamy cucumber salad Weight Watchers Friendly, I use a little less than 1 packet of sugar substitute or enough to equal 1/2 teaspoon of sugar, Hellman’s Light Mayo, and greek yogurt instead of sour cream. Honestly though, even without the lower point substitions this is a light salad. 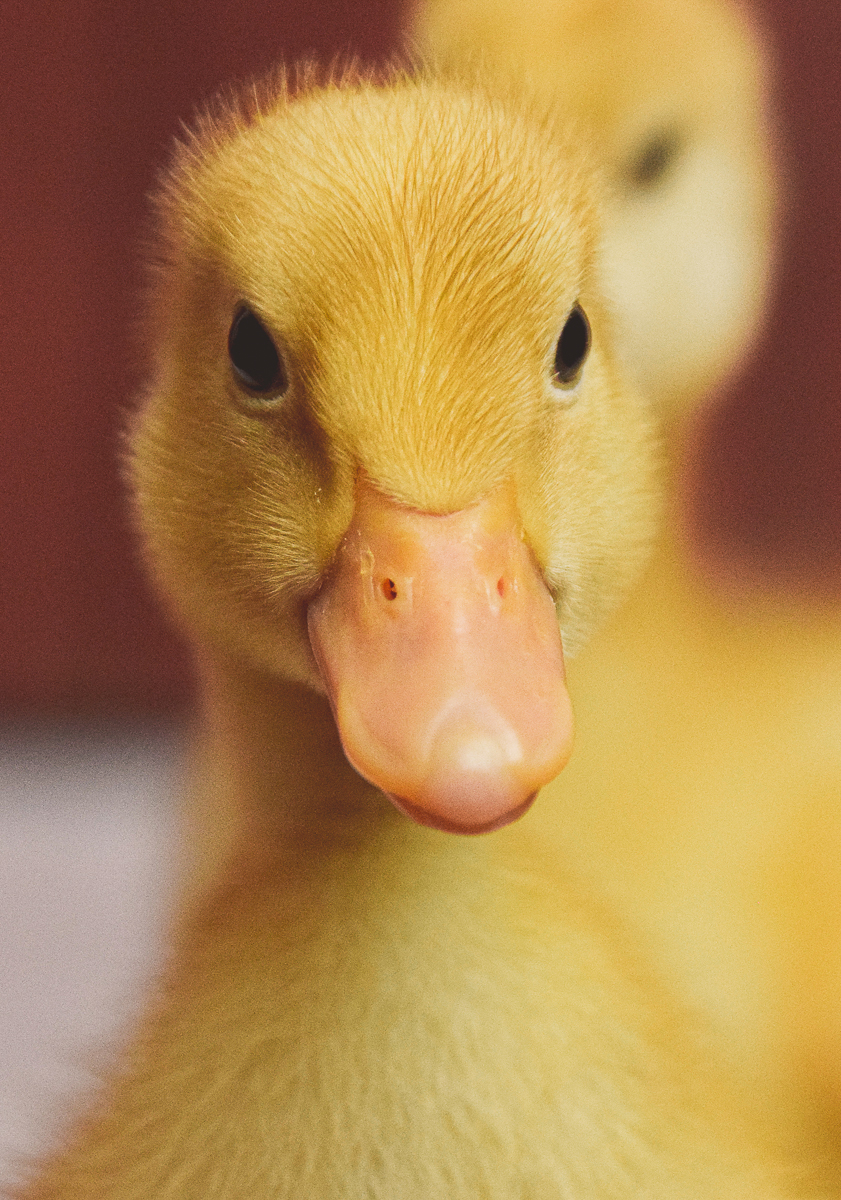 Previous
The Beginner's Guide To Raising Ducklings: Everything You Need to Know To Get Started 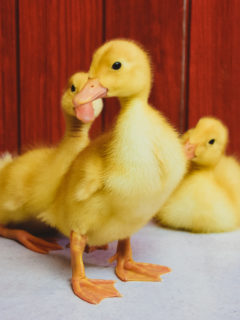 Next
Raising Ducklings for the Second Time This Summer: What I Will Do Differently
Click here to cancel reply.