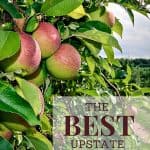 Guys, it is apple season!

Ok, I might be rushing it a teensy weensy bit. But I have been getting some early variety apples from a friend, and I am pretty sure I read Starbucks will be selling  pumpkin spice lattes soon, so it’s not far! 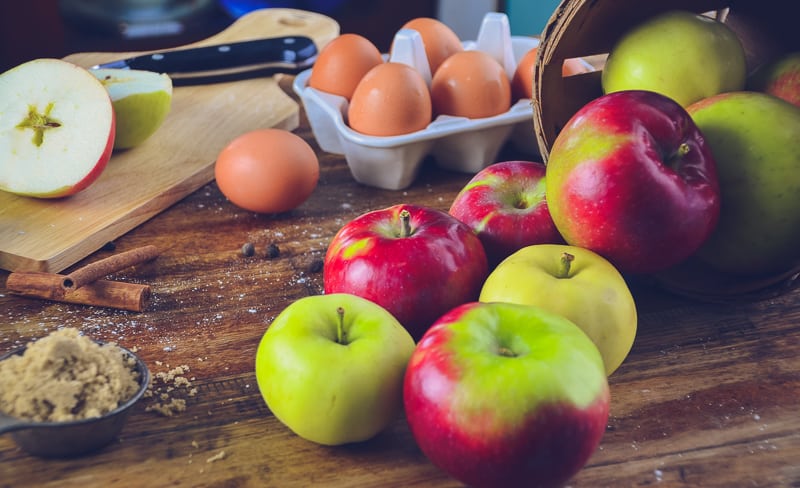 New York grows more apple varieties than any other state, in fact, the state produces enough apples each year to bake 500 million apple pies! But there are a few varieties of Upstate New York apples that are better suited to for pie and baking than others. And because no one wants a pie filled with applesauce I am going to share my top picks for baking with you.

New York State’s bigger and better answer to Granny Smith Apples, which can not be grown here because they require a longer season to ripen than New York state conditions will allow. This heirloom variety is famous not only for its massive size but excellent baking qualities as well.

Thought to be a cross between Granny Smith and Lady Hamilton. Holds up very well in cold storage.

This all-purpose apple was developed at the New York State Agricultural Experiment Station in Geneva, New York, the USA in 1898.

Introduced in 1948 and is a cross between the Golden Delicious and the Indo apple varieties, first grown in Japan.

It’s a cross between a Red Spy and Empire apple and was created at Cornell University.

Developed in Idaho, it’s a cross between two old-time New York apples, Jonathan, and Wagener, that were first grown in Penn Yan in 1791.

Discovered around 1800 in East Bloomfield, New York, south of Rochester, New York, as surviving sprouts of a seedling that had died and was cultivated with stock brought in from Connecticut. Northern Spy apples are tarter than most popular varieties, and its flesh is crunchier than most, with a thin skin, and is my runner up for pie baking. The only reason this is in the runner-up position is because it can be tricky to find. Northern Spy apples are a heirloom variety that fell out of favor somewhat due to the dull coloration, irregular shape, tendency to bruise easily, and lack of disease resistance.

This old-time variety originated in Ohio in 1816 but is widely grown in New York State.

Tips for Baking with Apples 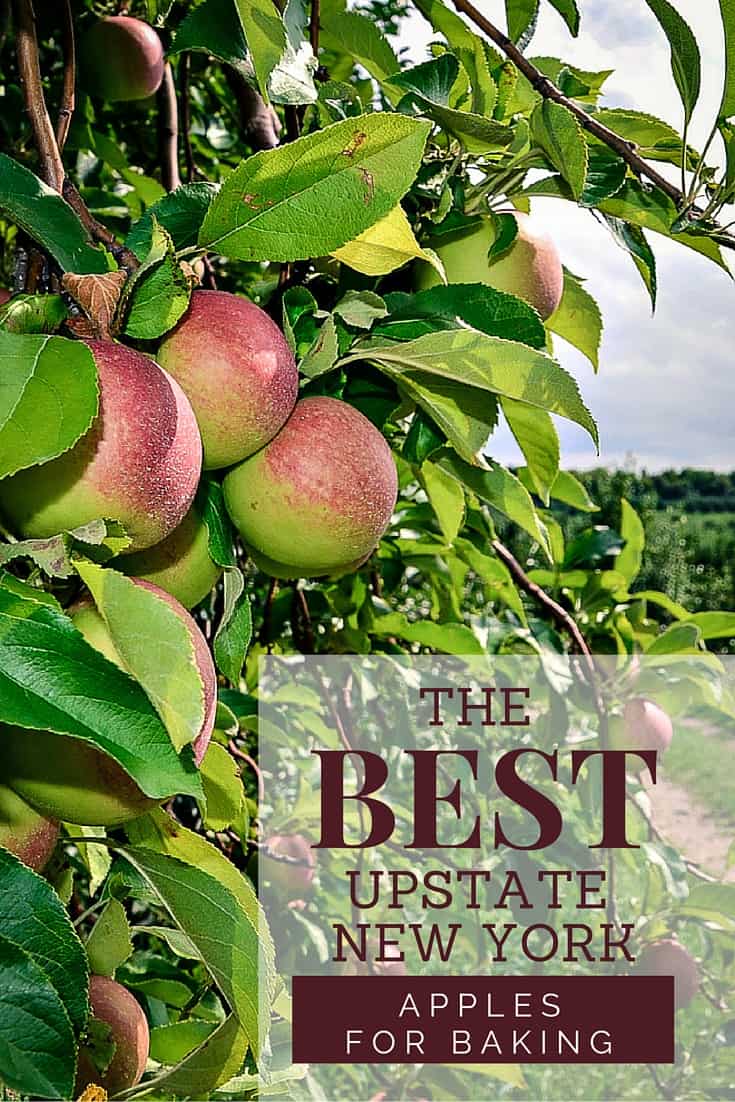 What is your favorite apple to bake with?

Thursday..22 September NY Good Evening Jennifer, Do you know where in Western New York could find and pick Northern or Red Spy Apples ? Thank you for your help. Bonnie Wright Amherst,New York PS: this is a great site Jennifer!

we love your photos and blog! super job .... great history of the apples! keep it up, Jennifer!