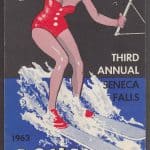 In its second year, the Canal fest is set in the beautiful village of Seneca Falls. If you have read this blog for even a minute, you know how much I love Seneca Falls, and this village really knows how to put together a fun family friendly festival, remember my post about the It’s a Wonderful Life Festival? Yup, we are talking about the same town! Vendors, activities, and events will line the banks of the canal. This year the “adult beverage area” has been enlarged to include the entire North side of the Canal Harbor,  but there will also be a duck race and amusements rides, vendors to visit and activities to participate in for the entire family to enjoy!

The Canal Fest’s organizing committee is looking to expand offering this year, and actively pursuing vendors, volunteers, participants, and sponsors to help make this a successful experience for everyone involved.

One of the highlights of the event is the Aquacade Watercraft Parade, which will take place on Saturday, July 8th. Decorated boats and various kinds of watercraft will compete to win prizes. Registration for the Aquacade is FREE, but you must complete to paperwork to enter because you will be assigned a docking location to dock and moor your boat.  Even after the aquacade, your docking location is reserved for your use! The organizers have made it really simple and easy to participate, and it sounds like fun!

The 2nd Annual Canal Fest is actually a reincarnation of sorts of the Aqua Festival held in the ‘60s and early ‘70s on Van Cleef Lake and the Seneca-Cayuga Canal. The original Aqua Festival was a very popular community celebration that commemorated the creation of VanCleef Lake in the village of Seneca Falls, that eventually fizzled out due to lack of volunteers to coordinate and run the event.

Down for a little history lesson?

Prior to the current canal system in Seneca Falls, the Seneca River ran through Waterloo and Seneca Falls, connecting the Seneca and Cayuga lakes. The Seneca River was not ideal for transporting goods, the river had rapids and falls (hence the name Seneca Falls) that made the utilization of the river difficult. In 1813 a system of locks and channels was put into place allowing boat traffic to safely bypass the rapids and falls. In 1828, the state gained control of the waterway and linked it with the Erie Canal.

In the 1830s, Seneca Falls experienced tremendous growth, particularly along the south side of the river. Dozens of mills, water-powered industries and residents came to take advantage of the inexpensive transportation. By 1842, trains began serving Seneca Falls, providing a faster and more efficient way to transport people, products, and mail, expanding markets for local products. Seneca Falls began to shift local production away from the food production to manufacturing. Seneca Falls quickly became a world leader in the production of pumps, fire engines, tools, socks, and plows.

The previously built flour, tanning, distilling production and residential areas located in an area of the town known as the flats, had to be demolished to accommodate major improvements to the canal system to support to the economic boom in Seneca Falls during the mid-1800’s. The commercial/industrial buildings and homes in The Flats were moved to other parts of the village or demolished. Once the flats were cleared, The Flats were flooded, creating VanCleef Lake, which serves as a reservoir for the canal locks.

Fun fact: Mynderse Van Cleef, a former Seneca Falls resident who was living in Ithaca during the clearing of the flats, offered to the Seneca Falls board of trustees a $500 contribution toward improving the surroundings of this body of water if they would permit him to select the name for this new village lake. The board of trustees agreed and we now have a Van Cleef Lake in Seneca Falls. The history books state that the village wouldn’t have seriously sold the naming of a community feature so easily and that the Van Cleef family name is very important to the early history of Seneca Falls, as Lawrence Van Cleef is credited as being the first European-American to settle permanently (1789) in what is today Seneca Falls. But I am pretty sure the $500 bucks didn’t hurt.

Van Cleef Lake is one of the most photographed bodies of water in New York State. The picturesque lake wraps around the Trinity Episcopal Church, the site is really just extraordinarily beautiful during any season. 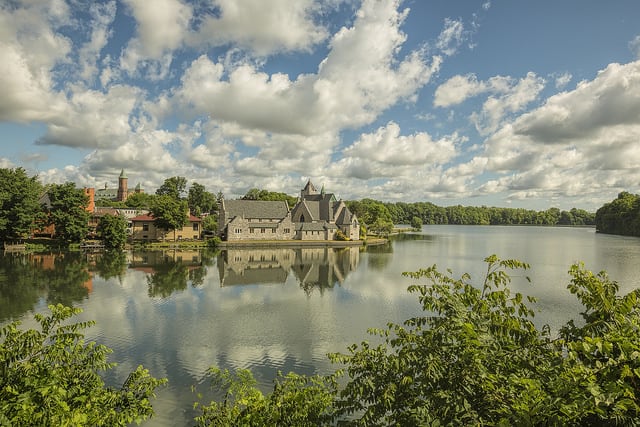 I love that the Seneca Falls Business Association is working to bring this event back to the community.  If you would like to get involved they are looking for volunteers, even a few hours of your time can go a long way to making this event a success again this year, you can find volunteer forms on Seneca Falls Canal Fest Website.

For up-to-the-minute updates, Like The Seneca Canal Fest on Facebook: www.facebook.com/sfcanalfest and Follow on Twitter: @SFCanalFest. Additional information, official forms, and documentation can be found on the Seneca Falls Canal Fest’s Web Site at www.senecafalls.com/canalfest.