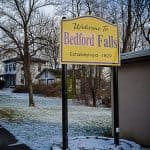 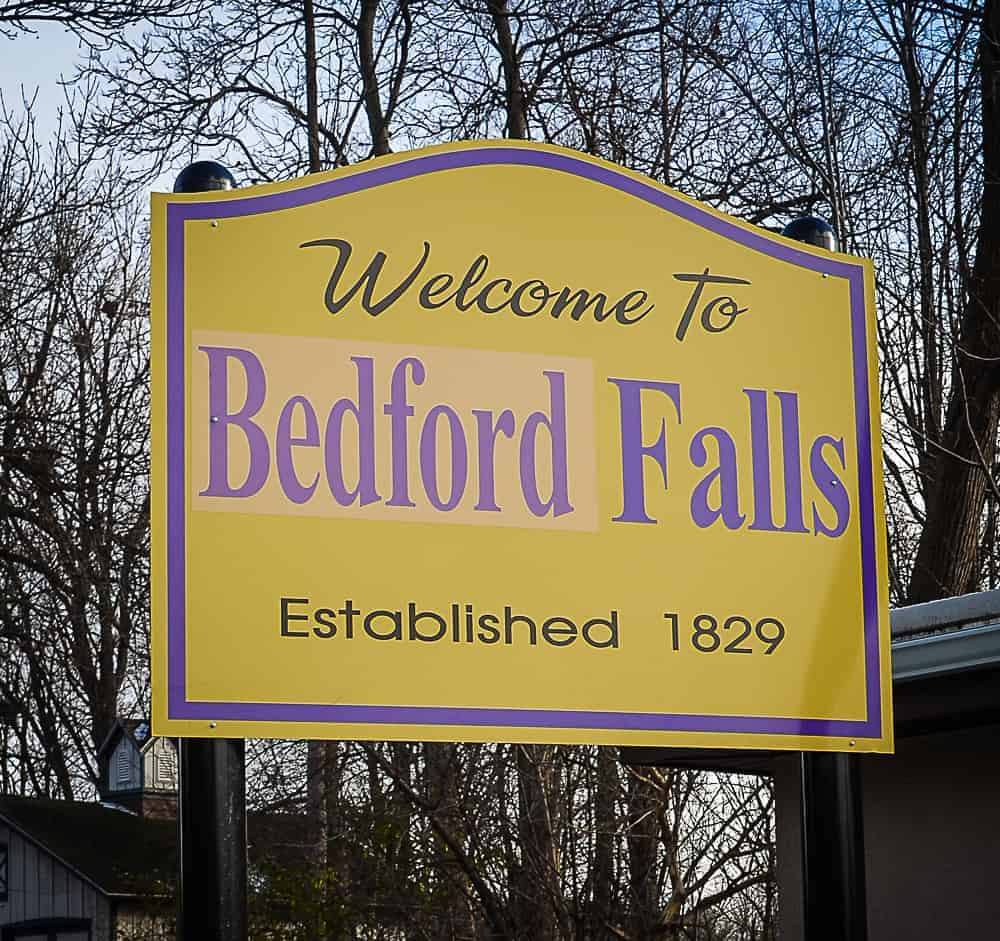 For our family, watching It’s a Wonderful Life every holiday season is a cherished Christmas tradition. The timeless tale of a discouraged George Bailey who, with the help of his guardian angel finally becomes aware of what is truly important in life has touched many, it is easy to see why it has won a Golden Globe award, and is still a favorite classic 70 years later.

The setting of It’s a Wonderful Life which was produced by Frank Capra is just as significant as the characters. The small picturesque village with streets lined with large Victorian houses during Christmas in the 1940’s provided the perfect backdrop to the movie. While Mr. Capra never publically acknowledged that Seneca Falls is the Real Bedford Falls, the similarities and are hard to deny.  Mr. Capra set Bedford Falls in New York State. Rochester, Buffalo, and Elmira are all mentioned in the movie and referenced as being fairly close. All three of these locations are an easy drive from Seneca Falls. And then there’s the Bridge Street Bridge, it is almost identical to the steel truss bridge in the pivotal scene when George is at his most desperate state.  Even though there is very little in the way of hard evidence to support the claim that Seneca Falls was the inspiration for Bedford Falls, any fan of the film will know it instantly the first time they visit, and Seneca Falls has wholeheartedly embraced this sentiment. 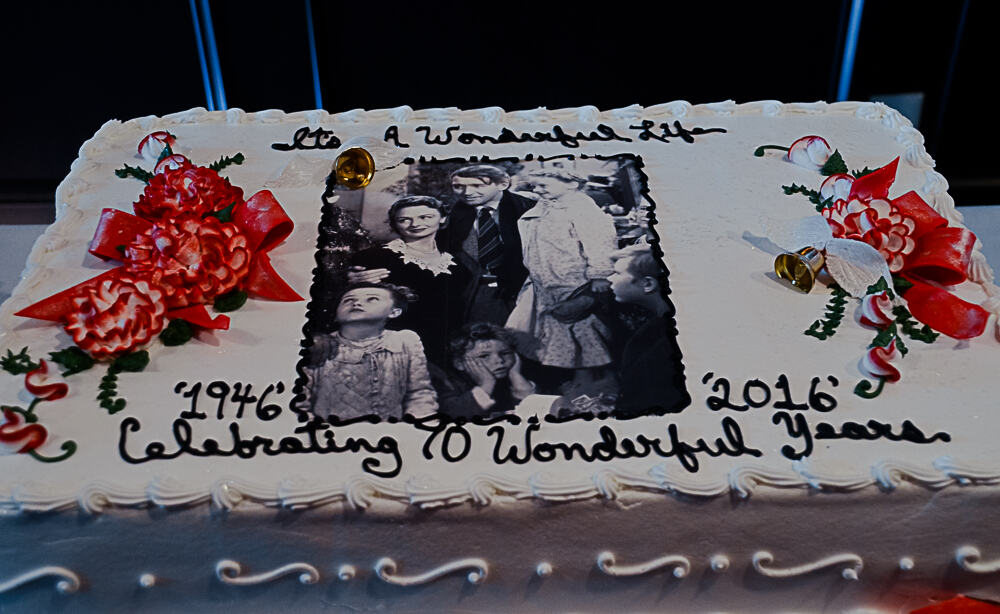 This year marks the 20th Anniversary of the “It’s a Wonderful Life Festival” and the small village is pulling out all the stops. The  three of the four surviving “Bailey children” — Karolyn Grimes (Zuzu), Carol Coombs-Mueller (Janie) and Jimmy Hawkins (Tommy) are in town. My husband and I were at the opening press conference, and the atmosphere was that more of a homecoming, for both the actors who are now in their 70’s and the locals who seem to have embraced the “Bailey Kids” as misplaced Seneca Falls natives. Grimes, Mueller, and Hawkins all agree there is something special about Seneca Falls. 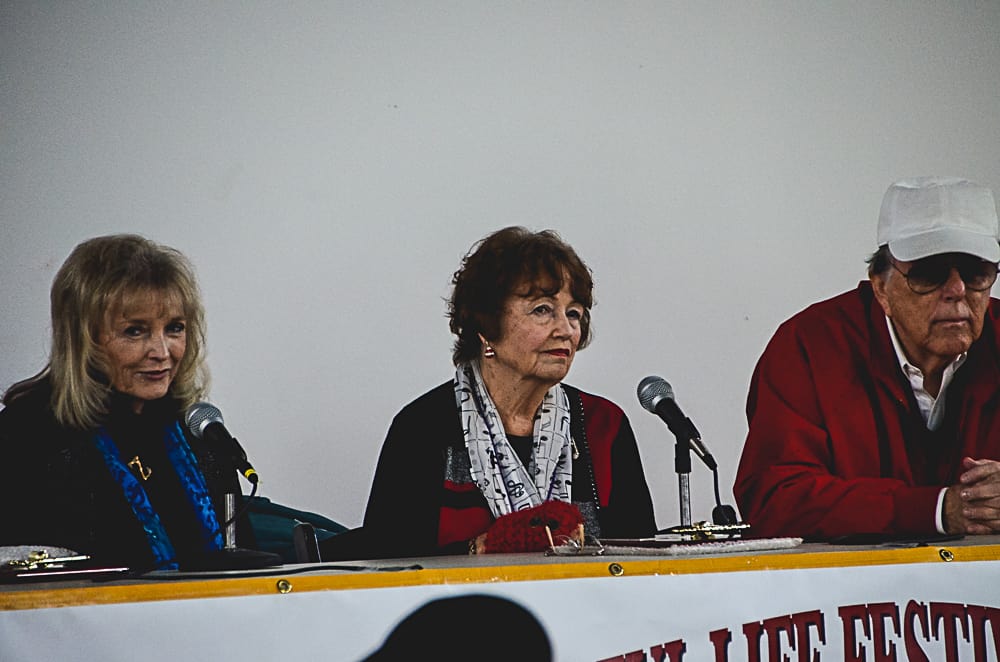 ““When I came around the corner and saw Main Street, I gasped and said, ‘This is Bedford Falls!’”

The It’s a Wonderful Life Festival runs through Sunday evening with events planned all weekend. The small town has attracted large crowds and visitors from across the nation. We met a nice couple from Wisconsin, a woman from Indiana, and a family from Ohio at the cake cutting reception. If you are in town for the festivities or thinking about taking a drive out this is definitely a worthwhile getaway.

While in Seneca Falls 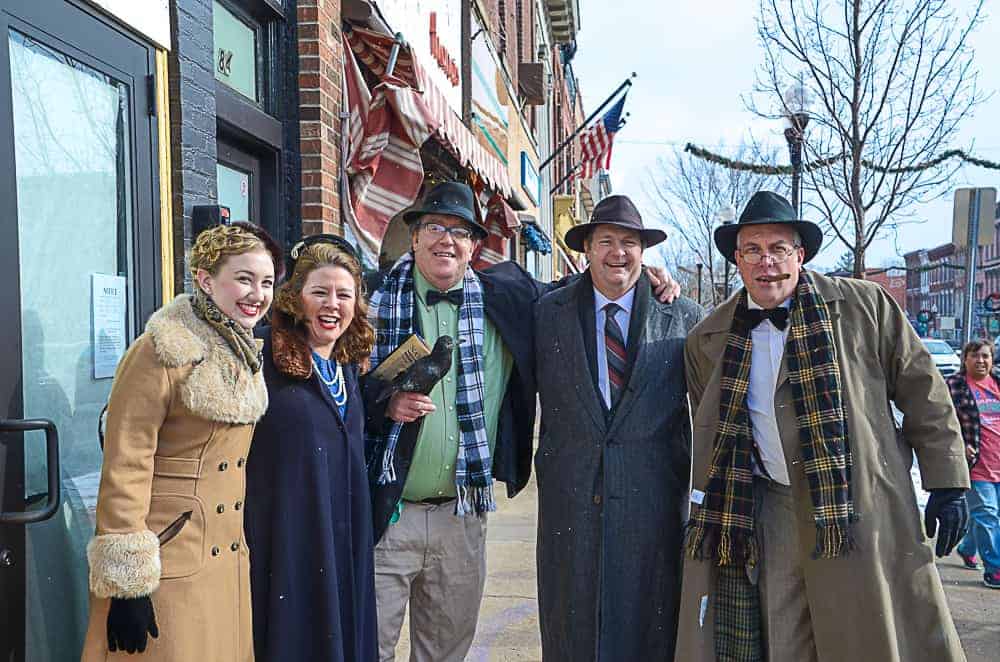 If you find yourself in-between events during the festival there are plenty of other things to see and do in the area.

Grab a bite to eat

It was cold and windy when we were there and the forecast looks like more of the same, a hot bowl of soup and sandwich from Sauder’s sure hit the spot for our lunch, you can also get groceries, snacks or peruse the massive amount of bulk foods.  If you are feeling a swankier the Gould has a nice beautiful restaurant. Cafe XIX is a local favorite serving up  reasonably priced soup, salads, and sandwiches. 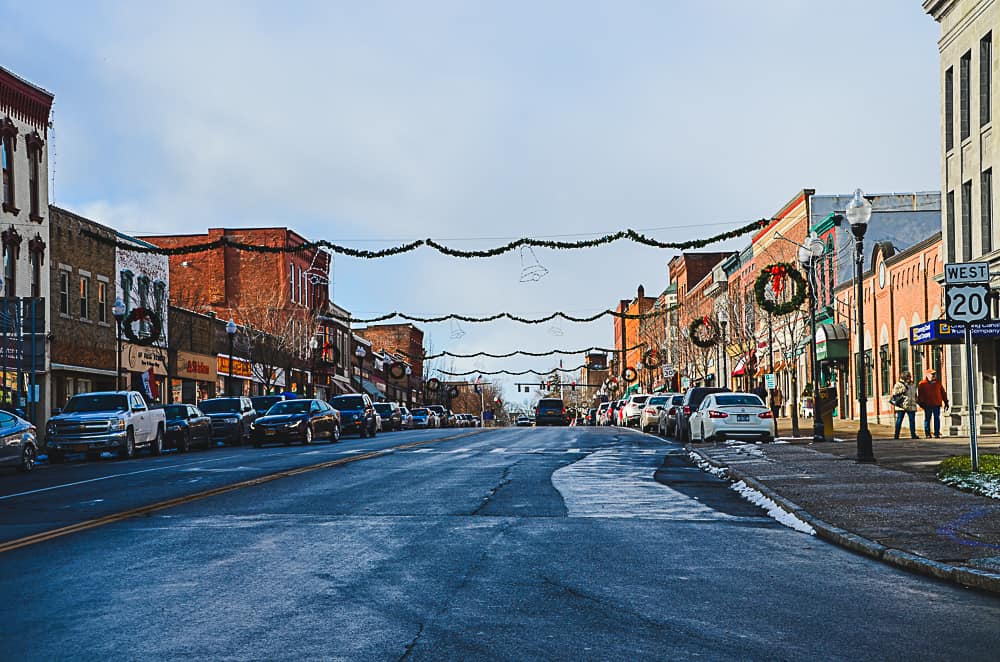 My top picks for lodging (based on historical interest, atmosphere, and ideally located for activities):

The first convention for Woman’s Rights was held in Seneca Falls in 1848. You can visit the convention site, at the Wesleyan Chapel, within walking distance is the National Woman’s Hall of Fame and the Women’s Rights National Historical Park, all are interesting sites of historical importance, worthy of a visit. 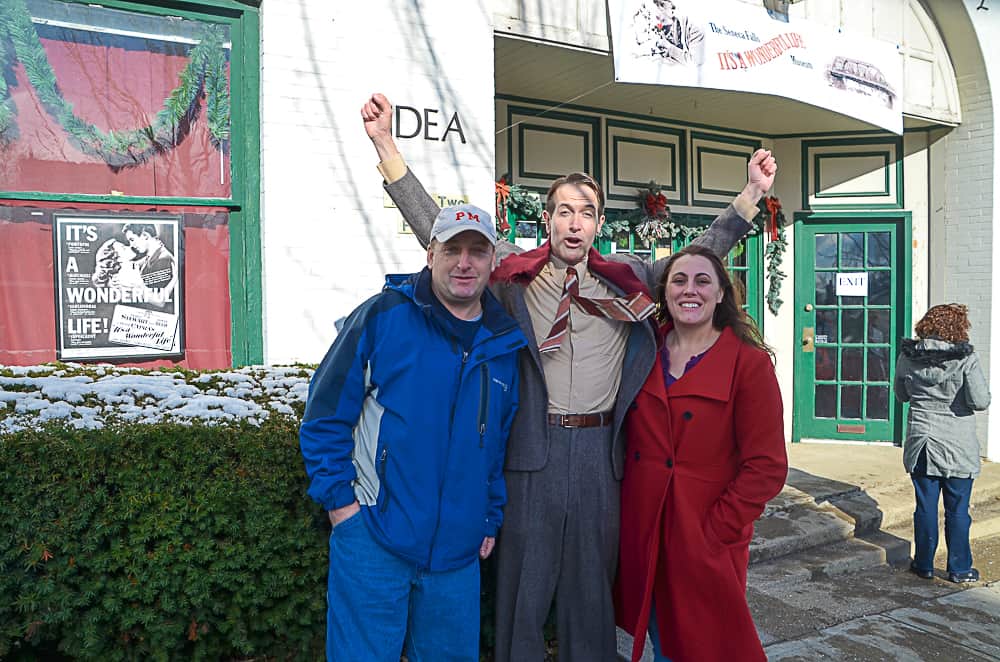 My husband & Myself with Brian Rohan of Los Angeles, as “George Bailey”

One of the many highlights of our time spent in Seneca Falls was strolling down Main Street and interacting with the “characters” from It’s a Wonderful Life. They all did a wonderful job of bringing 1940s Bedford to life, but Brian Rohan of Los Angeles, as “George Bailey” was spot on, not only did he look like him, but the mannerisms, stutter and the stammer in his speech were uncanny. It really felt like I was talking to George Bailey.

Living in the area my entire life, it is kind of embarrassing to admit this was my first time at the It’s a Wonderful Life Festival, but it will not be my last! If you are interested in going, and I recommend you do! Find all the details and schedule of events at therealbedfordfalls.com