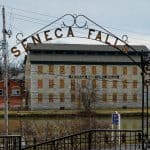 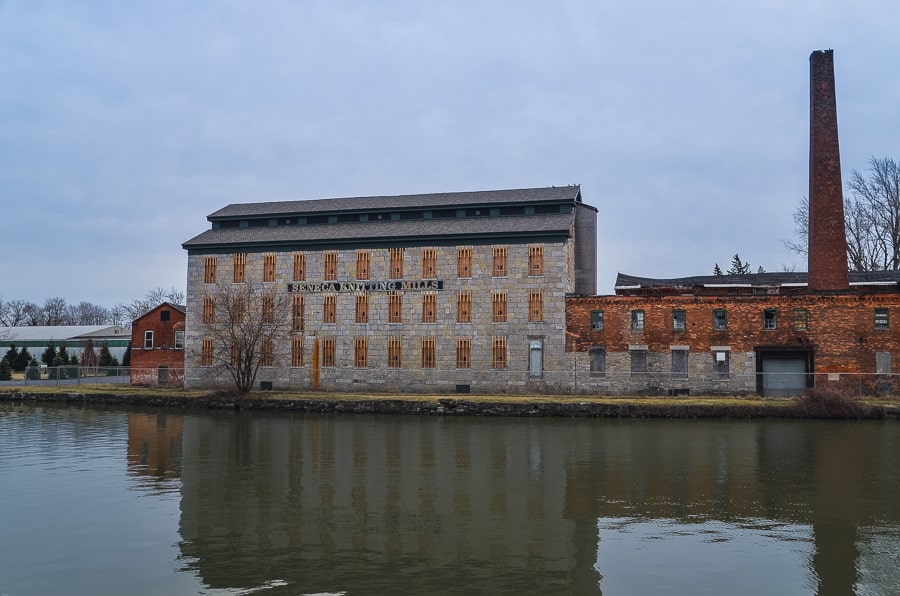 Future home of the Women’s Hall of Fame, the former Seneca Knitting Mill.

While on a visit to Seneca Falls for a youth basketball tournament we found ourselves needing to kill some time. Our game was the last game of the day, and after a full day of games running late, and overtime, our game was delayed by an hour and a half. We decided to take a walk around the village.

Just a short walk down the canal trail from the community center is a beautiful large limestone building, marked with an simple old black and grey sign as the Seneca Knitting Mills. The striking mill is hard to miss, and the historical significance of the building is just as substantial as the limestone structure. A stroll around the back of the building revealed a sign announcing the Seneca Knitting Mills as the future home of the Center for Great Women in Seneca Falls, NY by the National Women’s Hall of Fame.

The transformation of the Seneca Knitting Mill to Center for Great Women in Seneca Falls, NY by the National Women’s Hall of Fame. The Center for Great Women is targeting a move-in to the first floor of this four-story structure by the end of December 2016. Finishing the remaining floors, new exhibits, and adding a welcome center are planned for completion by 2018. Current progress includes, stabilization,  abatement and the installation of a new roof. 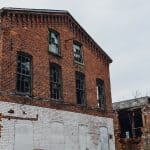 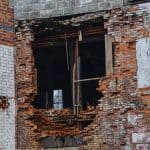 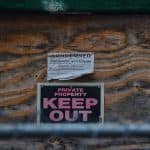 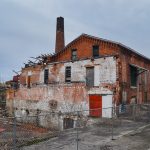 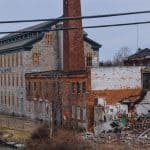 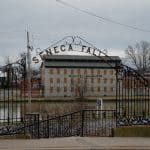 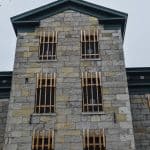 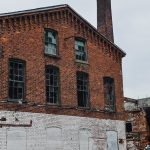 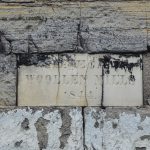 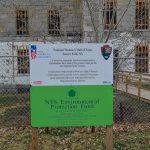 Rehabilitation of the Seneca Knitting Mill

Start of Rehabilitation: Rehabilitation started in 2012
Estimated Date of Completion:  2018
Cost: The $25-million dollar project has gotten grants from Seneca Falls, from Finger Lakes Regional Development, and from the Federal Government, as well as corporate and financial donations.
Official Website:  www.womenofthehall.org

The imposing limestone structure, whose beauty lies in its simplicity and solid utility of the time peiod, was built in 1844. It ran continuously for 155 years, while the initial employees were almost strictly male, the tide changed and eventually the mill employed mostly women (operating the knitting machines, sewing socks together, etc.) until it closed in 1999.

For women, working in a knitting mill must have felt like a natural progression of moving into the workforce.  It is after-all sort of a hybrid of “women’s domestic house work” transferred to a professional setting. So it seems the Seneca Mill location for the National Woman’s Hall of Fame is the perfect location to celebrate woman’s history of advancement, empowerment and achievements through time, and to also honor the woman laborers, who worked in the Mill.

Personally, I am thrilled to see that the Seneca Knitting Mill is being preserved, and the installation of the Center of Great Woman will only add the the rich history of the building. I can not wait to visit the Center for Great Women once it opens!

INTERPRETING THE HISTORIES OF SENECA FALLS, THE WOOLEN MILL, AND ITS WORKERS IN THE NEW NATIONAL WOMEN’S HALL OF FAME A Thesis Presented to the Faculty of the Graduate School of Cornell University in Partial Fulfillment of the Requirements for the Degree of Master of the Arts By Lindsey Marie Wallace

Women of the Hall