“Making hay while the sun shines,” is an old traditional phrase, basically it is a reminder to make good use of your time or make the most of an opportunity while you have the chance. There is no set harvest date for hay,  in an ideal world hay would be cut before the grasses reach maturity, and the weather conditions would be optimal for drying. This hasn’t been an ideal spring or summer, some fields are still soggy from the record amounts of rain we have received in June, farmers are anxious to begin first cutting hay.

In fields with better drainage, we have been able to start out first cutting. The forecast changes daily, and there always seems to be a threat of rain, but the sun is shining and along with many other farmers we decided to seize the opportunity a rain free week, and make hay while the sun shines.

The hay will be used to feed the cows in the winter, and some will be sold as horse hay. As far as farm work goes in my opinion unloading hay wagons is one of the most exhausting experiences. It is hot and dirty work, but an excellent workout, according to this chart you can burn 181 calories in 20 minutes unloading 50 lb. bales. I think it’s safe to say I got my workout in yesterday.

Even though I usually walk away from unloading hay  sore and tired, I really don’t mind it. It is a big job, but it’s a nice feeling when you’ve completed such a challenging task. 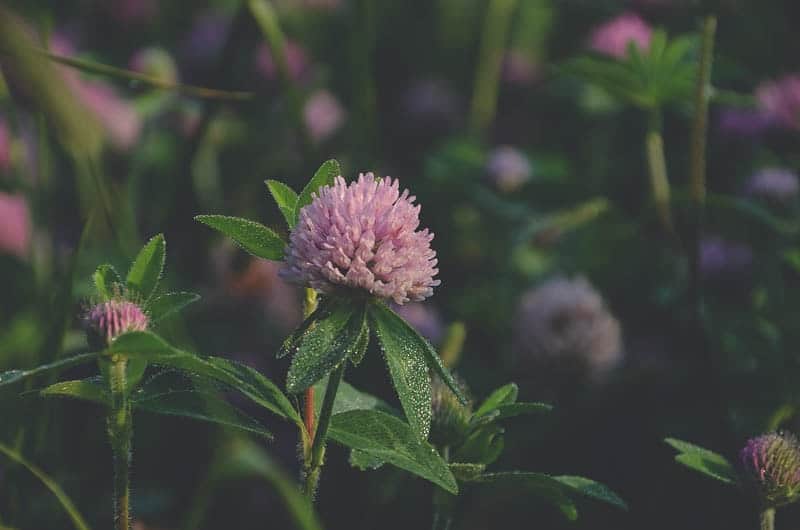 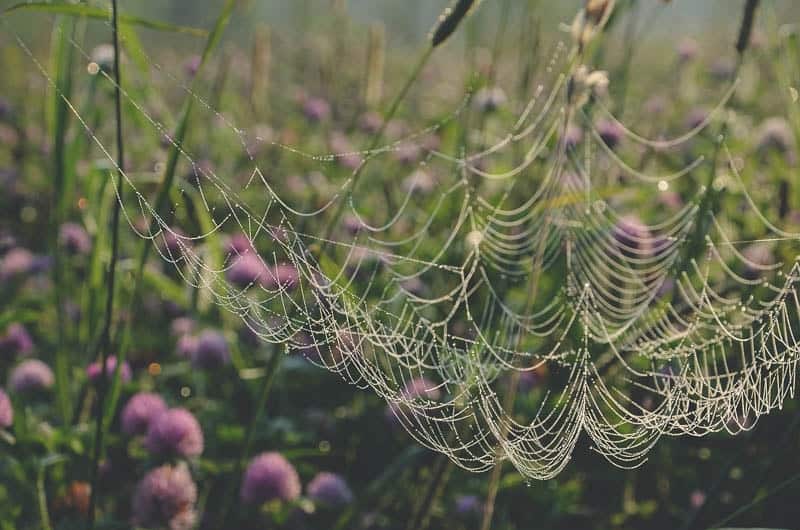 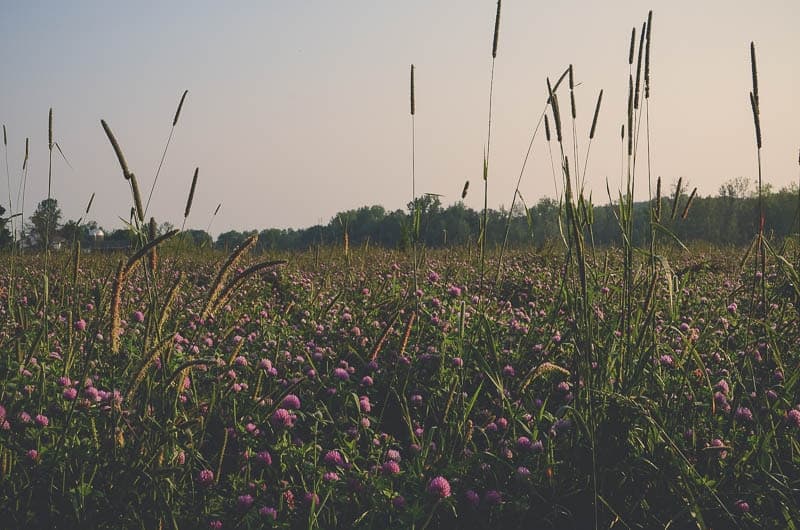 Alfalfa field with some timothy grass in bloom early in the morning, this field is still to wet to cut. 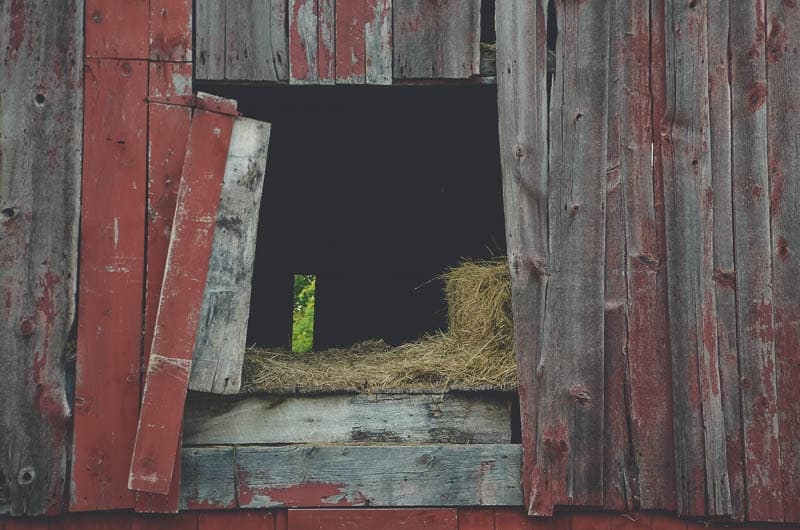 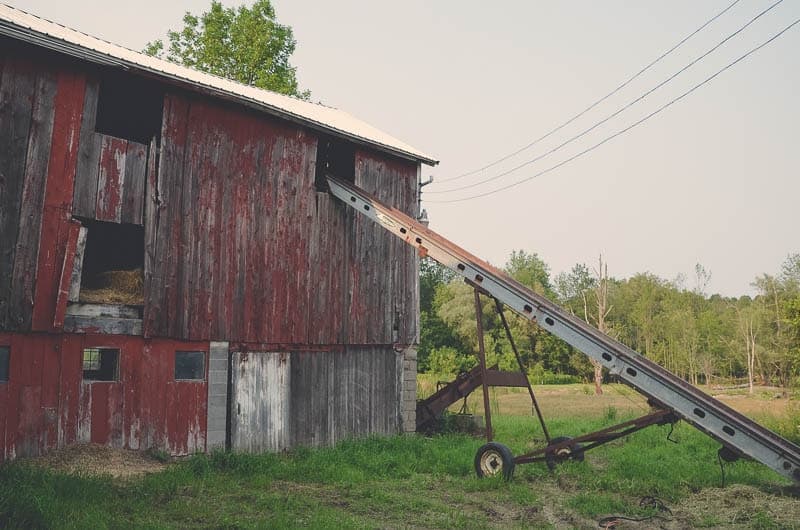 The hay goes up the elevator into the loft, it is a million degrees up there, no lie. 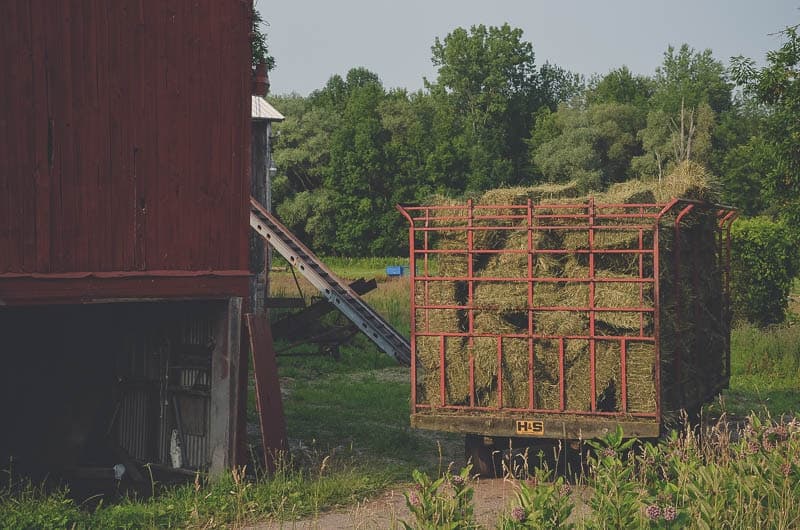 A wagon full of hay, time to get to work. 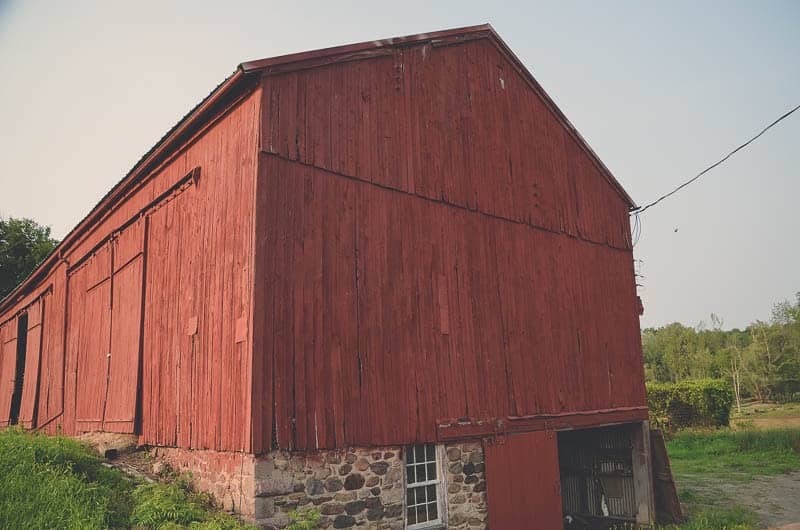