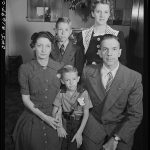 While looking for something completely different on the Library of Congress website I happened to run across a collection of photos titled Rochester, New York. The Babcock’s , a typical American war worker’s family.  The photos look like they were created to be used as American propaganda during WWII, and offer an interesting look back that I thought would be fun to share here. 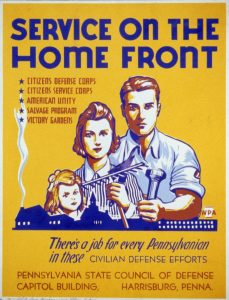 On the heels of the Great Depression, many US citizens believed that their country should focus on rebuilding and strengthening the economy, following the recent economic crisis rather than fight a distant war. After the Japanese attack on Pearl Harbor, most were convinced to support the war.  However, Roosevelt created the O.W.I. (Office of War Information) in 1942 to boost wartime production at home and lift morale within the weary nation.

OWI photographers documented many different aspects of homefront life and culture, but common themes among US propaganda included the promotion of war bonds, efficiency in factories, hard work, self-sufficiency, conservation  of resources, and maintaining civilian morale. 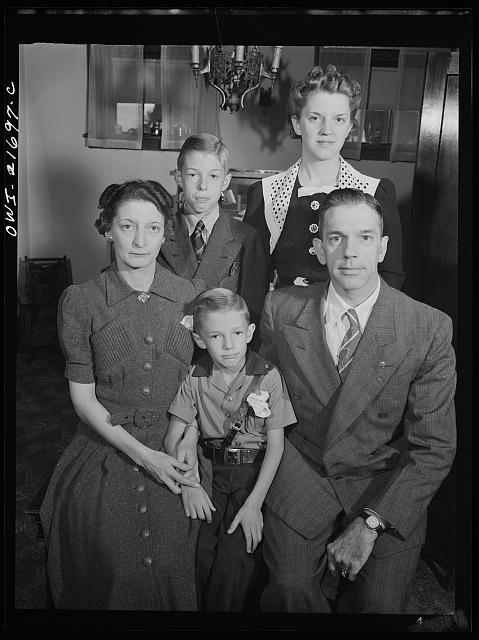 I am not sure why, but my immediate reaction to this collection of photos was that this was a fictional family and the images were all staged for propaganda purposes.  While it could just be a huge coincidence, a quick search on Ancestry.com seemed to confirm that the Babcock’s were indeed an average all-American Family on the homefront in Upstate NY, who were either recruited or volunteered to support the war effort by allowing a photographer to capture images of a day in the life of a typical American war worker’s family.

“One front and one battle where everyone in the United States—every man, woman, and child—is in action. The front is right here at home, in our daily lives.” 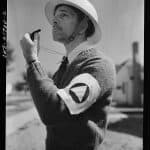 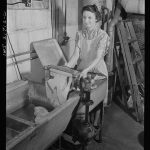 Mrs. Babcock doing the family washing with an electric washing machine and a wringer 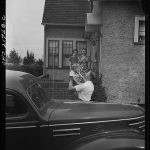 Mrs. Babcock, Shirley, and Earl greeting Mr. Babcock in front of the house 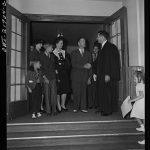 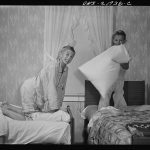 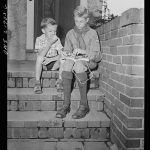 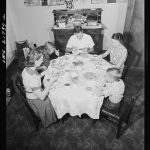 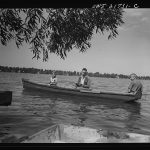 Mr. Babcock and his two sons, Earl and Howard, fishing on Sunday afternoon 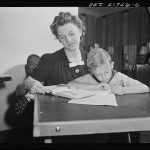 Shirley Babcock helping her brother Earl with his lessons 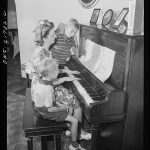 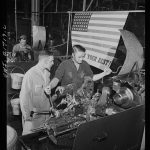 Mr. Babcock explaining an operation to one of the men whom he supervises at the plant 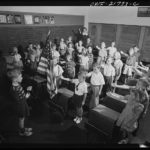 Earl Babcock’s school day begins with the salute to the flag. The Bellamy Salute which is pictured here was officially replaced by the hand-over-heart salute when Congress amended the Flag Code on December 22, 1942. 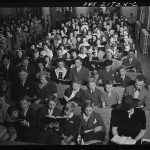 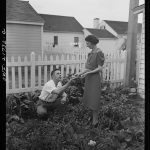 Mr. and Mrs. Babcock enjoy their garden and grow most of their own vegetables 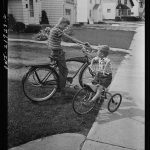 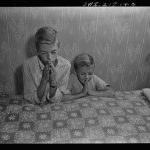 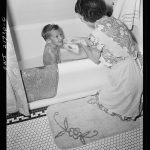 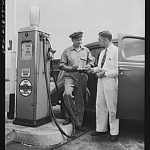 As a war worker, Mr. Babcock is allowed enough gasoline to drive to work daily 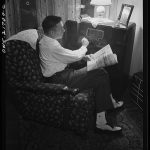 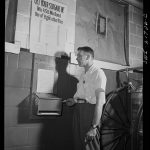 Mr. Babcock using the suggestion box at the plant to submit an idea for saving time 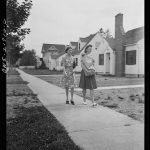 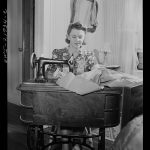 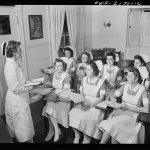 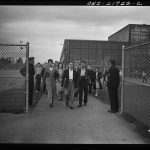 Mr. Babcock leaving the plant for home at the end of the day 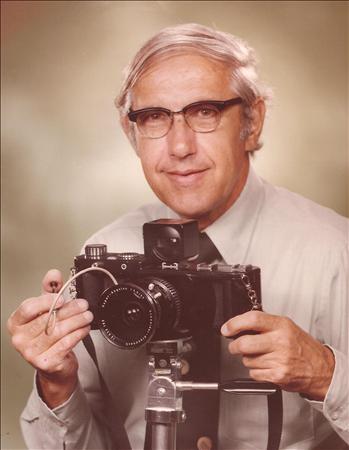 The 38 prints that make up the Babcock collection were taken by Ralph Amdursky, a local photographer, who had a very impressive photography career.

Mr. Amdursky was born in 1913 and grew up on Avenue E, in the heart of Rochester. In 1933, he graduated from Benjamin Franklin High School. After graduation, Ralph enrolled at Syracuse University and later transferred to Rochester Institute of Technology, where he studied photography. He started his career in 1935 with the Rochester Democrat & Chronicle/Times Union. There he distinguished himself through the use of natural light photography, a practice that was rare at the time. Ralph soon began photographing for “Life”, “Look”, and “Parade” magazines. During World War II, he joined The Office of War Information (OWI), photographing for “Victory” magazine. It would be interesting to know if the Babcock Collection was ever published in Victory Magazine!

After the war, Ralph was employed for 32 years at Eastman Kodak as a photographer, during which time he produced 22 of the Kodak Coloramas which hung in Grand Central Station in New York City. Ralph’s trademark photos were large aerial views, usually taken from a helicopter.

During his career, he photographed five U. S. Presidents, entertainers, and dignitaries he was also an Honorary U. S. Navy Blue Angel.

“Service on the Homefront” Poster By Louis Hirshman and William Tasker [Public domain], via Wikimedia Commons

Behind the lens on iconic America, University of Rochester News https://www.rit.edu/news/story.php?id=49568