Well here we are 3 days into calving season, I figured when I walked the pasture Friday we would probably see a couple more calves within the next 48 hours, I never thought they would be from the same cow!

Saturday mid-afternoon the hubs called and asked that I run out to the pasture and check on a cow, he was driving by on a tractor and noticed she looked really uncomfortable. Of course I had cupcakes in the oven, a recipe I was hoping to work on for a post, so I had to wait  20 minutes for the cupcakes to come out of the oven. By time I got down to the pasture I notice Momma cow was cleaning her brand new calf.  As I walked a little closer I noticed a second little bump of black fur, she had twin calves! 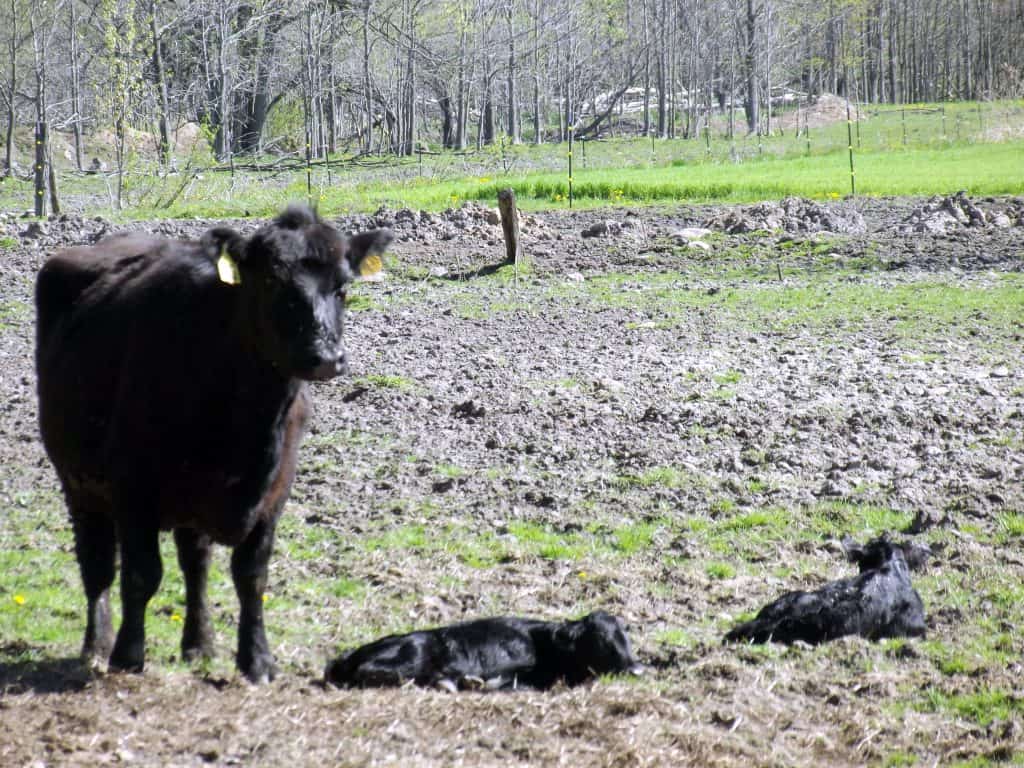 Now, I know your inital reaction is like mine was: Awe twins, cool!  But like I said before, calving season is full of Christmas morning like excitement, and long tense moments filled with anxiety, worry and dread. I sat down on the ground and decided to stick around for a while and see how this played out.  It would seem like twins would just be a bonus, kind of like buy one get one free, but there are many problems with twin calves, the first and most well known issue is mother rejection of one of the twins click the link to read more on the subject at Cattle Management. I watched as the mother cleaned off the calves, she seemed to be focused on one, but would go over to the other one occasionally.  After a while the calves got their wobbly legs under them and started looking for their first meal.

It was only a few minutes after the cows were on their feet when the mother delivered her first head blow to calf #2. From where I was sitting I could hear the impact.  I got on the phone, and called the hubs.

“We need to pull this calf out of there NOW!” I told him. He was on a tractor out in the field planting corn, but was stopping and on his way up to the cow pasture. While I waited for him to come I saw the calf take a couple of good kicks and pushes, I tried to distract the cow, but was not about to go in and remove the calf myself, cows can be unpredictable especially when babies are involved.

Once the hubs was at the pasture he walked right in and scooped up the calf. I dried her off, and we got a stall in the barn ready for her. We decided to leave the other calf with her mother, these were not her first calves and she has been a good mother in the past. 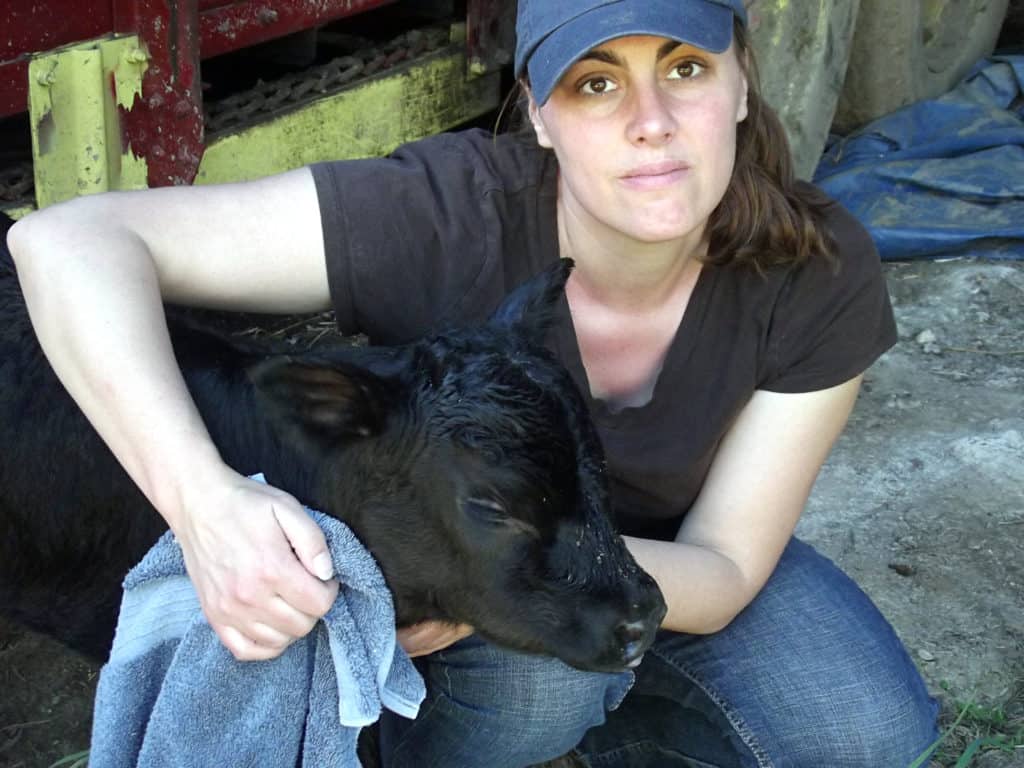 We got the calf settled into the barn and bottle fed her colostrum, she quickly settled in for a nap with a full belly. Of course the girls were instantly enamored with the calf, and named her Rosie. I am not big on naming an hour old calf, especially one that has been pushed around the pasture by her mother. It seems that sometimes momma cows can sense illness or defects much faster than we can, and you can do everything in your power and it may not make a bit of difference. But after listening to the girls chatter endlessly about Rosie I soon found myself calling her by her new name also.

With all the commotion going on in the barn, it did not take Big Red long to come over and stick her head in the door to see what was going on. I wish she would have her calf soon, she would make an excellent surrogate Momma for Rosie.

Sunday was touch and go with Rosie, she was refusing her bottle, and seemed lethargic.  We gave her vitamin B and got her meals into her.  My oldest daughter spent some time with her, keeping her company. I am hopeful Rosie will turnaround,  but and this point it is impossible to make any predictions on how she will do.

That is the thing with farming, you are always at the mercy of things out of your control, the fickle upstate New York weather, animal behavior, the list is endless.  But the rewards far outweigh the challenges, so you do the best you can and keep going.

If you are wondering the official calf count this season is

So sweet, I hope Rosie makes it! I can't imagine how incredible it would be to see twin cows being born! 27 to go? Holy cow, oops, no pun intended!

LOL, I was just thinking this morning 27 more! We are early in calving season, but feels like it has been going on forever.

Oh my goodness, I hope Rosie turns around!

Didi, Rosie has a made a dramatic turnaround! It is amazing how resilient they can be.

That is so interesting to hear and sad. poor Rosie, I hope she is okay.

Meg it is a very busy time! And this is the first year the kids have done baseball, I really don't know if I am coming or going!