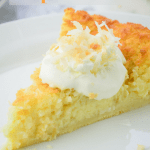 A perennial favorite reader recipe on my blog is Homemade Baking Mix. I discovered the homemade replacement for Bisquick when I became more interested eliminating as much convenience and prepackaged foods from my family’s diet as possible. 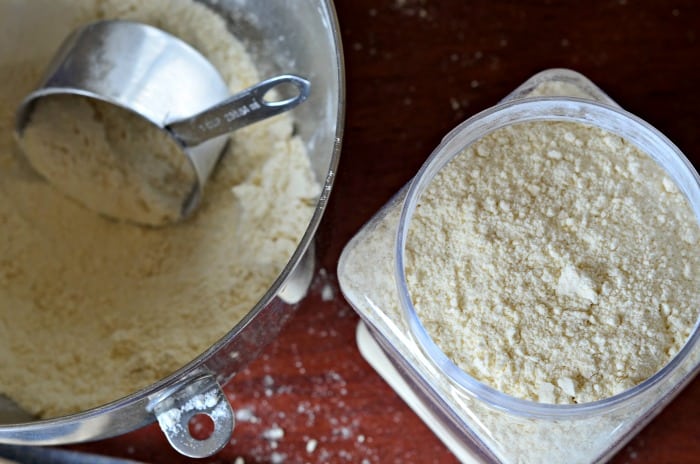 I have used homemade baking mix for pancakes, waffles, and biscuits. I have even made double streusel coffee cake, and I have always said that this baking mix can be used in place of Bisquick in any recipe. But it was not until this comment that I realized I have not tested my claim that this can be used as a stand in ANY recipe. I have never made any version of an Impossible Pie, with or without Bisquick or my homemade baking mix.

Impossible Pie first became widely known in the 1970s when the recipe was printed on the back of Bisquick boxes. Bisquick itself was reportedly invented in 1930 by a General Mills executive who, while on a journey by train, complimented the chef in the dining car on his fresh biscuits. The chef showed him how he premixed shortening with the dry ingredients of flour, salt, and baking powder so he would always be able to quickly mix up a batch of biscuits.

So what is so impossible about this pie? Nothing, it is actually quite easy to make. But the ingredients of the pie separate into layers naturally during the baking time and settle into a pie formation (crust on the bottom; filling on the top), which seems almost impossible. Betty Crocker also seems to think the name can be somewhat confusing, and at some point started referring to all Impossible Pies, both sweet and savory as Impossibly Easy Pies. 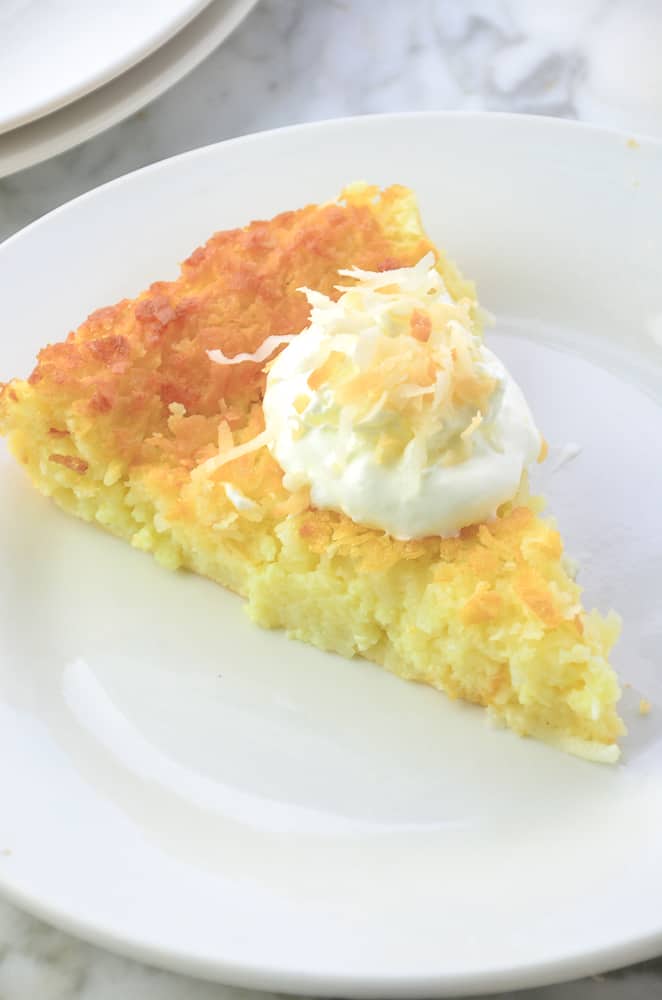 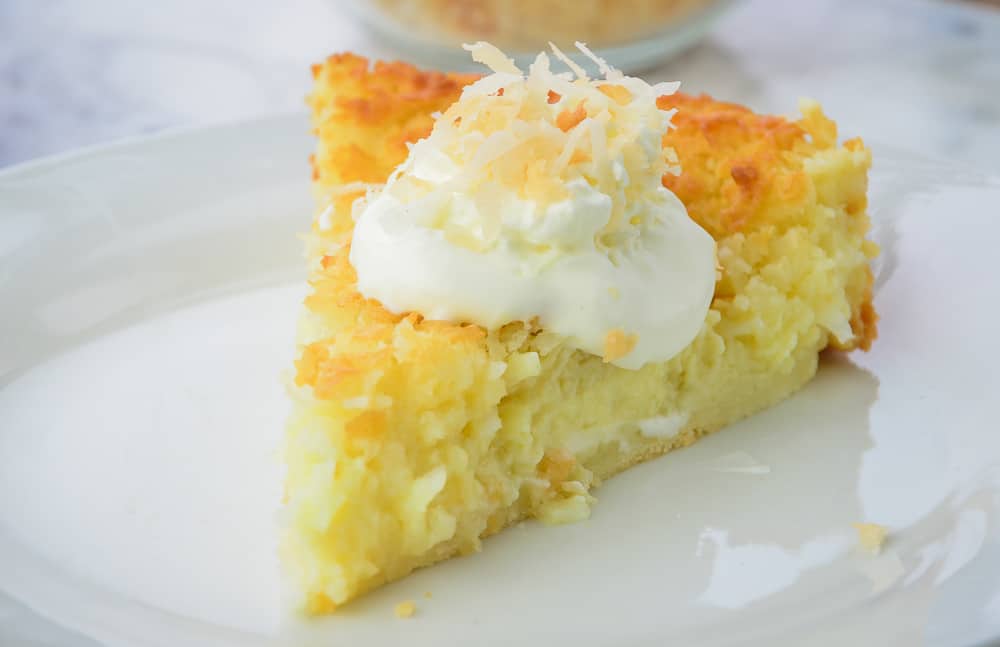 This coconut impossible pie reminds me of the magic custard cake I made last year, only a lot easier to make. I served Impossible Pie with a dollop of whipped cream and a little sprinkle of toasted coconut.

I also tested out my homemade baking mix in a savory Impossibly Easy Breakfast Bake, for breakfast for dinner, and that was also definitely a hit with my family, I am incorporating that recipe into my monthly meal rotation.

I believe it is absolutely safe to say that it is possible to make impossible pies with Homemade Baking Mix!

What is your favorite impossible pie recipe? Are you a fan of the sweet or savory versions?

What is the home made baking mixture?