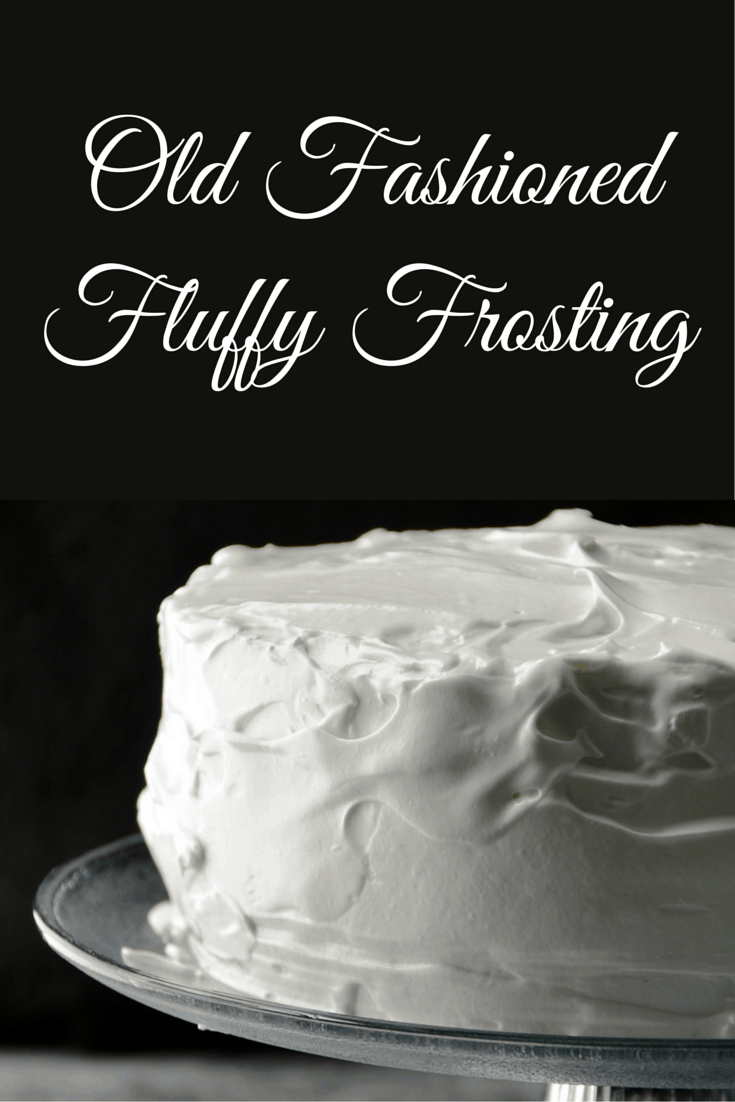 I am officially the mother of a teenager.

I am not even really sure how that happened, it seems like yesterday I had her.  13 years have gone by, in what seems like the blink of an eye.

While I am trying to adjust to the fact that my baby is 13, My daughter already has the teenage thing down pat.

When I asked her what kind of frosting she wanted on her birthday cake this was her reply: “I don’t care, but I don’t like shortening frosting, and I don’t like frosting that feels gritty”

I am not sure why she feels buttercream frosting is gritty, I have always made it with confectioners sugar, and grittiness has never really been a thing I have noticed.

I got to thinking about different kinds of frosting and remembered an old recipe I have for a frosting that cooks up nice and fluffy and tastes like marshmallow cream.

This recipe for Old Fashioned Fluffy Frosting is an old recipe. You can find it in old cookbooks, usually named 7-minute icing. It actually takes a little longer than 7 minutes to make this frosting but is completely worth it.  The frosting is light, fluffy, and pure white.

And according to my daughter not gritty at all 🙂

Is it confection sugar or granulated? Ty

I made this Fluffy Frosting and it turned out very nice and was easy. I appreciate that! :) THank you, I'm sure my guest will enjoy it today!

This is going to be my go to recipe for fluffy frosting. Very light. Doubled the recipe and it was more than enough for a triple layer cake. Used gel coloring and consistency didn't change. Thanks!

Does it have to be refrigerated?? Thank you for your responce