I look forward to seeing this every year.  I know I wrote about it two years ago, but it never gets old, and two years is an eternity in the world of blogging.

Every year snow geese pass through our area, and they usually stop over in one of our corn fields to graze on the leftover corn from chopping. You can usually spot them in the Fall and Spring, they are pretty hard to miss, they travel together in huge flocks, on the ground they forage farm fields looking for grains left over from the harvest.  A foraging flock in a field looks like a blanket of snow and is a sight to see.

But when they all take flight, that is truly breath-taking. Hundreds of birds seemingly spring from the ground at the same time, the air vibrates with the sound of wings beating,  the large birds calling to each other even louder, as they circle their feeding grounds is truly a spectacle.

I was kind of bummed that I had not seen any snow geese yet this year on our farm, even though they are very rough on our fields, they don’t stay long, the fields seem to recover and maybe get a little free fertilizer.

So, I was pretty excited when I happened to notice a good-sized flock while driving through Canandaigua, I was even happier I had my camera with me. 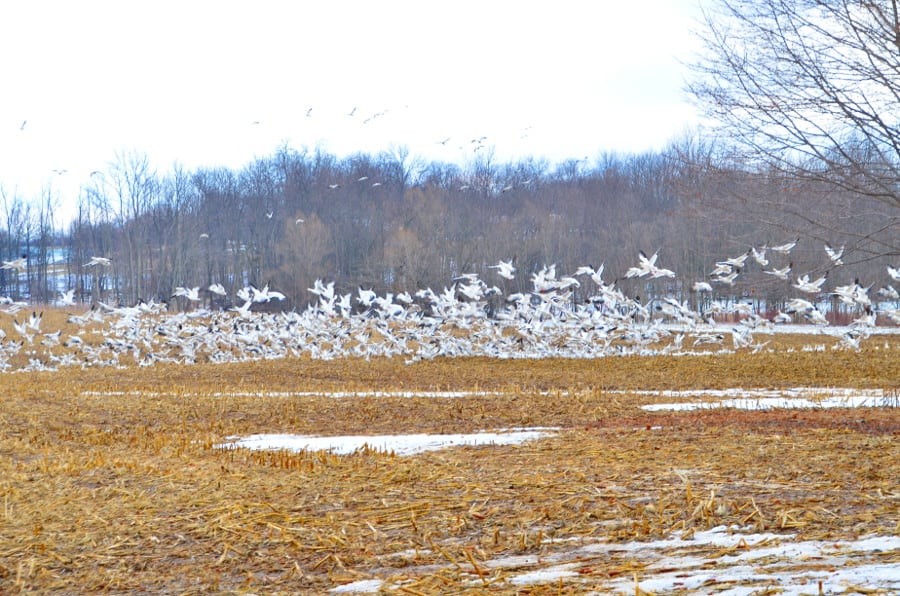 Snow Geese make a great journey by air, they pass through Upstate New York on the Atlantic Flyway.  Leaving breeding grounds  in northern Greenland, Canada, and Alaska, to winter in warm parts of North America from southwestern British Columbia through parts of Mexico, a journey more than 3000 miles. 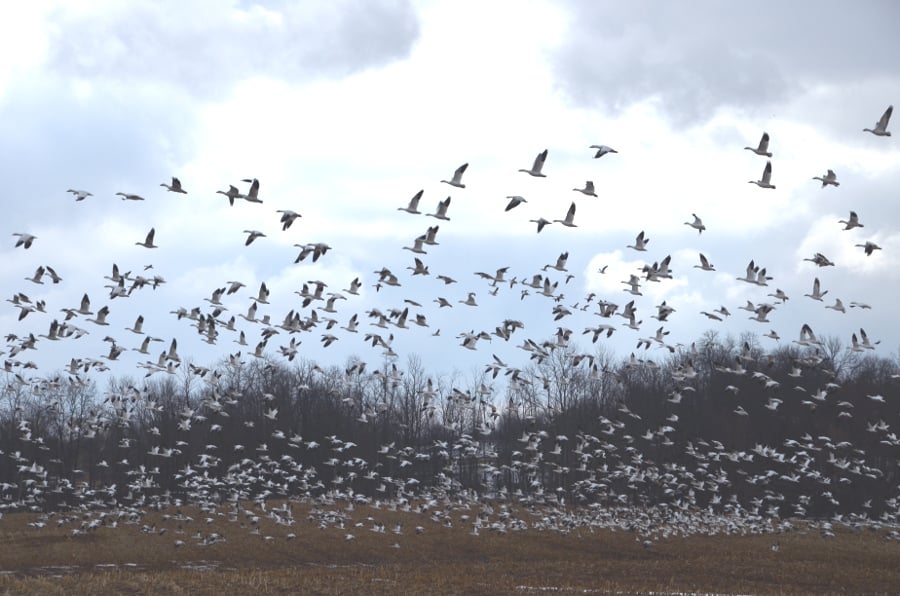 Snow geese can often be seen foraging alongside smaller flocks of Canadian Geese and seem to prefer corn fields.

The Snow Goose population has seen a massive growth in past couple of decades. The increase in agricultural feeding areas along the migration route has supplied plentiful food to support the species. 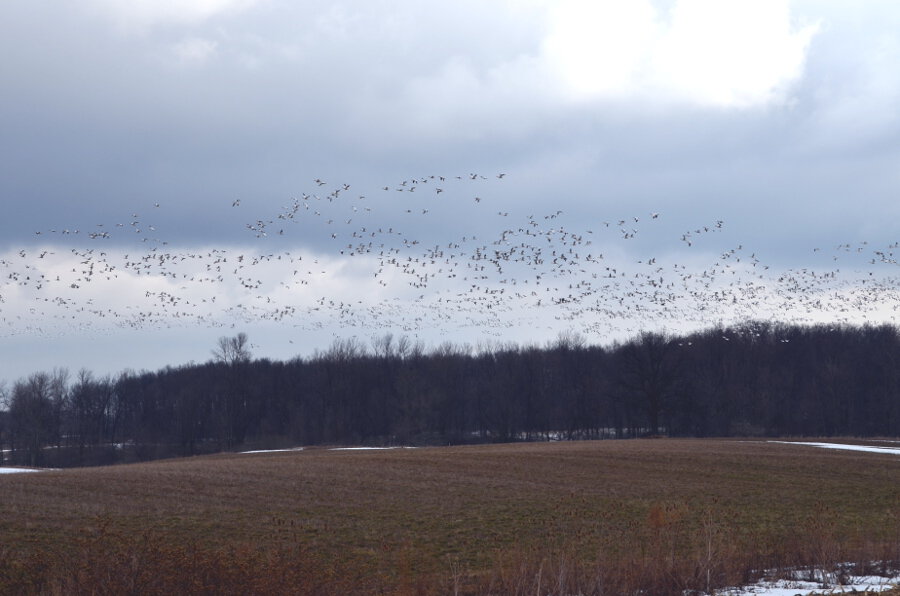 Because of the huge increase in the snow goose population, the DEC has implemented a “Conservation Order” for snow geese. A Conservation Order is a special action authorized by the federal Migratory Bird Treaty Act to control certain wildlife populations to prevent an overabundance of a species. Hunting season for  snow geese runs January 16 – April 15, annually.  A current hunting license and  federal duck stamp and registration in New York’s Harvest Information Program (HIP) are required for hunting snow geese.

Just saw the geese yesterday on my way to work - definitely a beautiful sight!