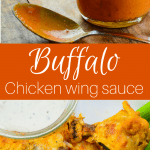 Buffalo Chicken Wings, they are found at nearly every super bowl party, pizza shop, and sports bar. This messy finger food is an upstate New York original. Tracing its roots back to Buffalo, in a small family owned bar. The sauce that gives this spicy snack its signature taste is remarkably easy to make at home. 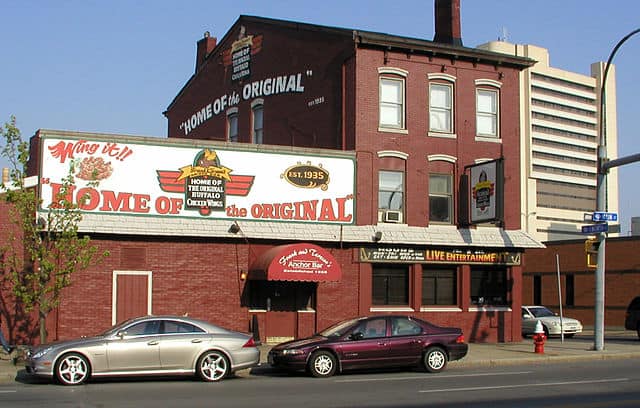 The History of the Buffalo Wing

Unlike some other Upstate New York Regional Foods (I ‘m looking at you 1000 Islands Dressing) the origins of the Buffalo Chicken Wing are widely agreed upon. The first plate of wings was served in 1964 at a family-owned bar in Buffalo called the Anchor Bar. The wings were the brainchild of Teressa Bellissimo, who covered them in a special sauce, concocted on the fly one night, and served them with a side of blue cheese and celery because as the legend goes, that’s what she had available.

In 1980, Teressa Bellissimo’s husband, Frank, told the New Yorker that the wings had been invented out of necessity; the bar had accidentally received a shipment of wings (instead of other chicken parts) and she didn’t know what to do with them. However, Bellissimo’s son, Dominic, disputed his father’s story. Dominic claimed that the wings were an impromptu midnight snack Teressa created at his request; he had been out late with friends and when he returned he asked his mother to whip up something for them to eat. The stories don’t necessarily contradict each other, either way, they are both interesting tales.

Making Buffalo Chicken Wing Sauce is so easy, once you make you will never buy the prepared stuff again! While I was searching for recipes I ran across several variations, some add additional vinegar to the butter/RedHot mixture, and I have to say this is completely unnecessary. RedHot Sauce is already primarily made up of vinegar, adding more isn’t bound to even be noticeable in the end sauce. A few recipes simply combine melted butter and RedHot Sauce, which will work in a pinch, but the addition of black pepper, garlic powder, and Cayenne pepper round out the flavors and provide a much more flavorful sauce. 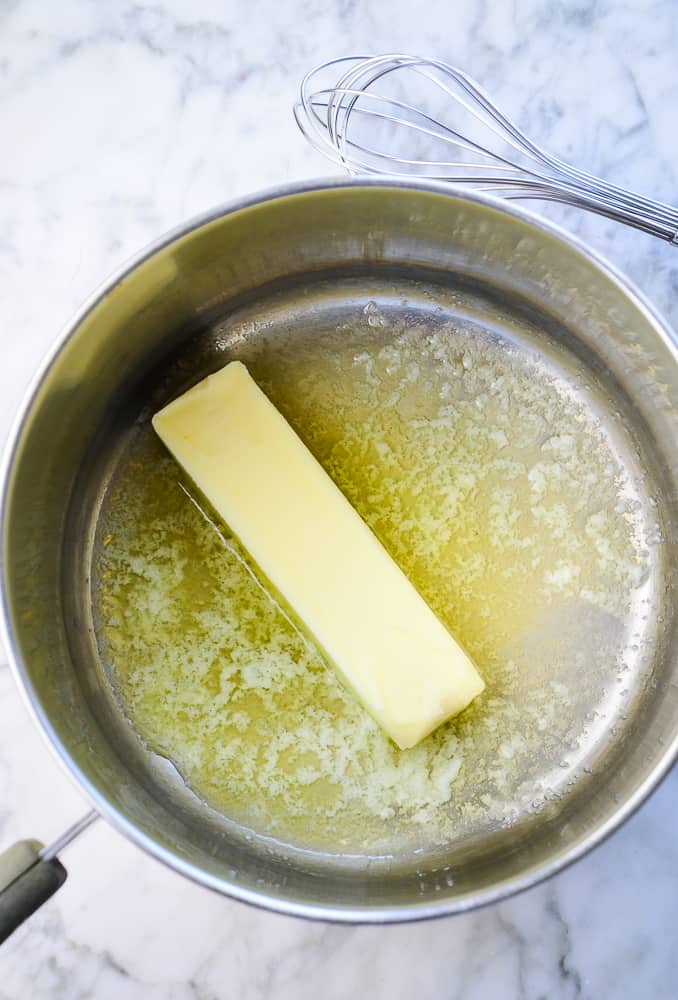 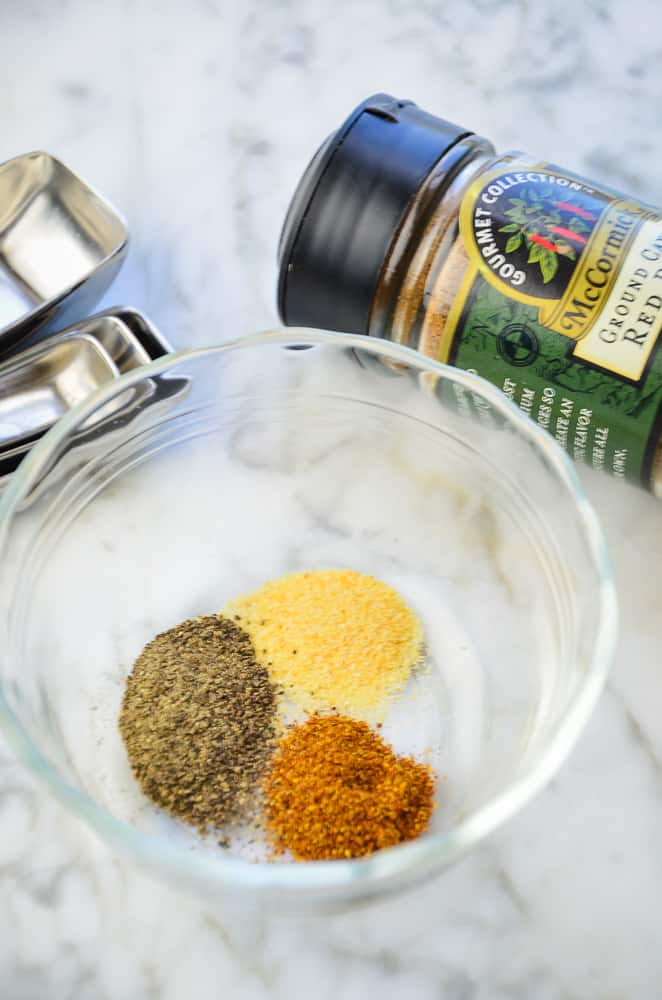 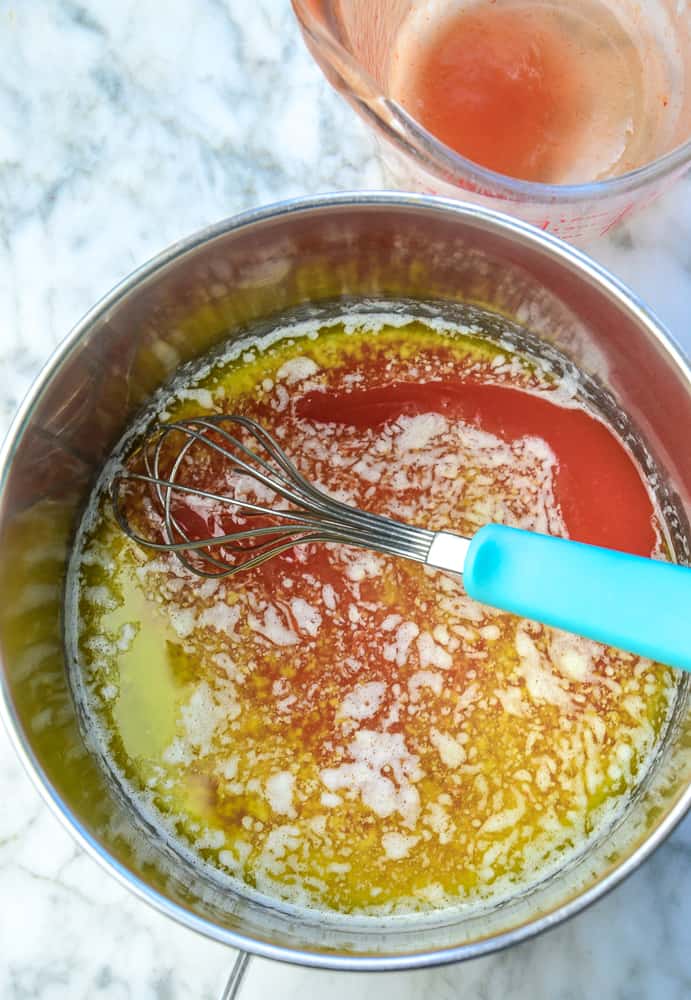 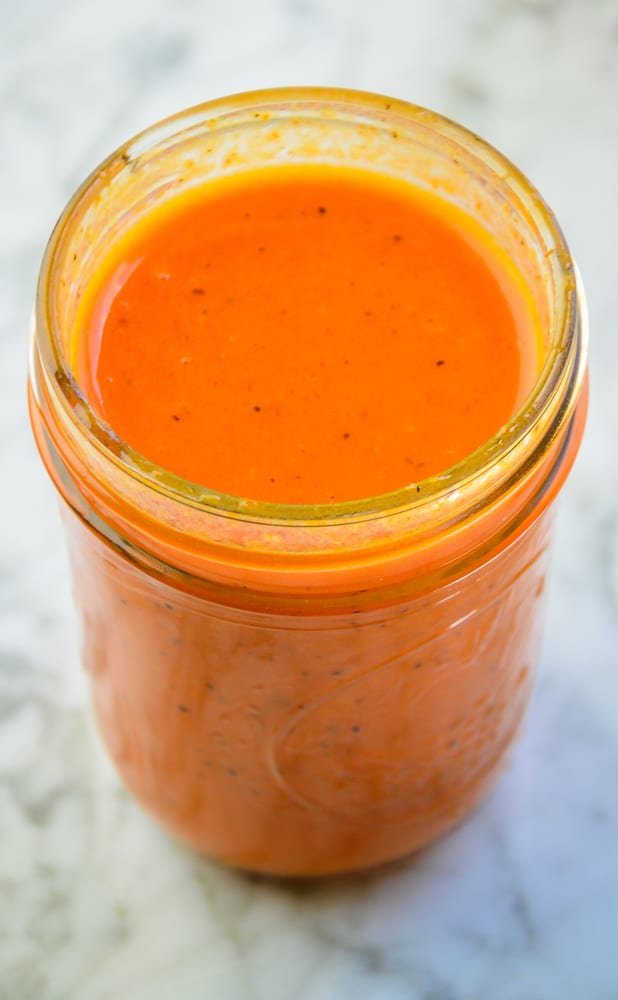 Store in an airtight container in the refrigerator up to one month, shaking to blend well before using.

Can this be processed in a hot water bath. I like to make things ahead.

Hi Barbara, This recipe is not been tested for canning, and I don't advise you to try canning it. I was able to find a tested recipe for buffalo wing sauce for home canning (although I have never tried it).