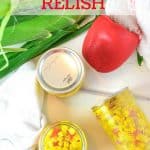 Here we are near the end of August and sweet corn season is winding down! It has been a crazy summer at our farm (but in a good way!) The corn has done remarkably well considering the soggy weather we have had all summer.

I have tried to stay connected with you guys during these chaotic summer weeks, but let’s be honest, I haven’t been especially good at that.  Although, I did share a pic of our “corn crew” on Facebook, and a couple of other random updates, like a hot air balloon landing in our hay lot!

But I couldn’t let summer slip by without sharing a couple of corn recipes with you! 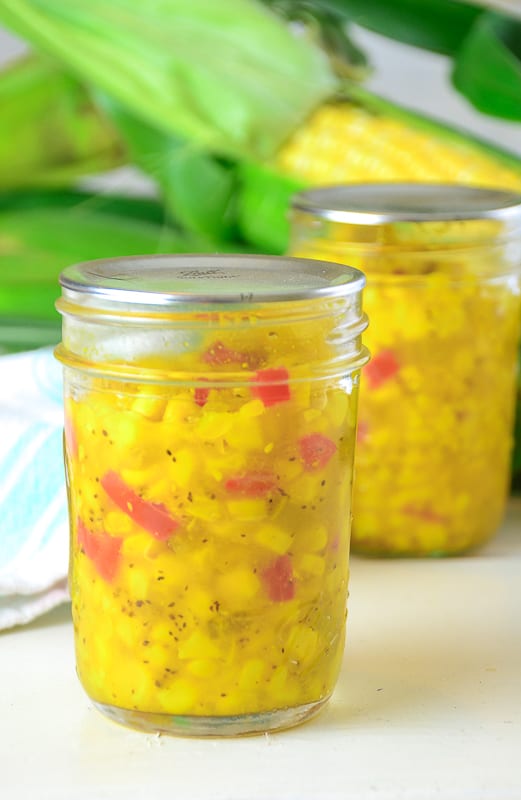 The past few summers I have totally skipped out on canning and freezing, hello, I have corn to deliver!

But this year I have been much more intentional canning. I discovered small batch canning and bought the  freshTECH Electric Water Bath Canner + Multicooker (I love this thing so much!) and I have been squeezing canning into the little pockets of time I have during the day.

Stumbling across this recipe was somewhat of a fluke, I was looking for a small batch relish recipe and ran across this sweet corn relish, and I decided to try this on a whim.

I mean it’s not like there is any shortage of corn around here.

I was so glad I gave this recipe a try. I ended up making another batch right away, and I might make one more before the season ends.

This relish has so much flavor!  It is great on tacos and fajitas, I have sprinkled it on salads, and stirred it into potato salad (definitely try that, you will love it!). My husband scoops it straight out of the jar with a corn tortilla, like a salsa. The possibilities are endless with this relish. 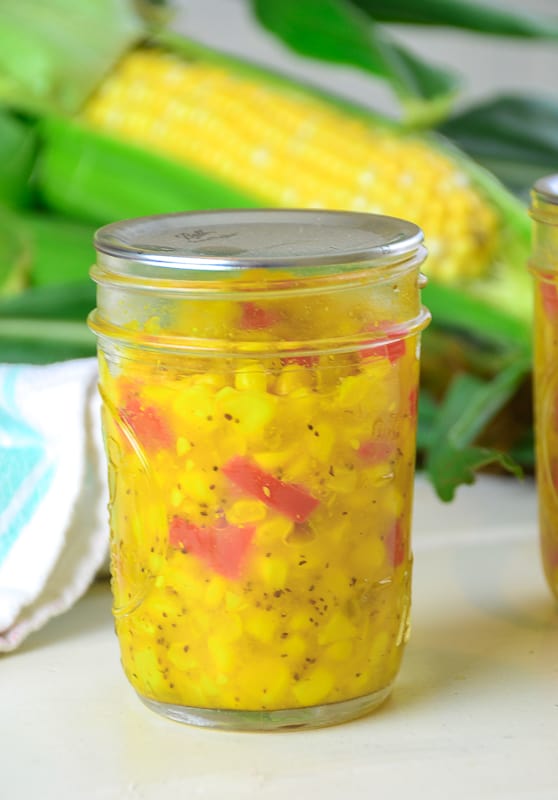 The original recipe calls for the corn to be blanched prior to being cut off the cob. But with the 15 minute simmer time in the vinegar mixture, I thought that extra step was excessive, and could possibly result in overcooked corn. After scouting the internet, EVEN more, I found several corn relish recipes that do not call for blanching and decided to skip that step. Honestly, I am glad I did. The corn stayed crisp and sweet and was a perfect compliment to the vinegary pickling mixture.

The biggest drawback to this recipe is that the canning instructions are for half pint jars. I wanted so badly to pack this into a slightly larger jar, but the good people at Ball didn’t feel like that was a great idea based on the comments below their recipe. 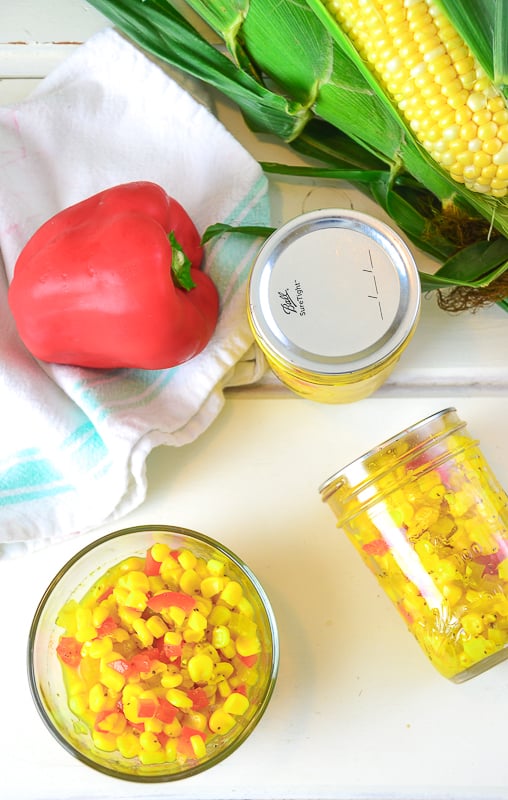 Keep the jars stored in a cool dark place. They’ll keep for at least a year. Once opened, store in the fridge for up to two months. 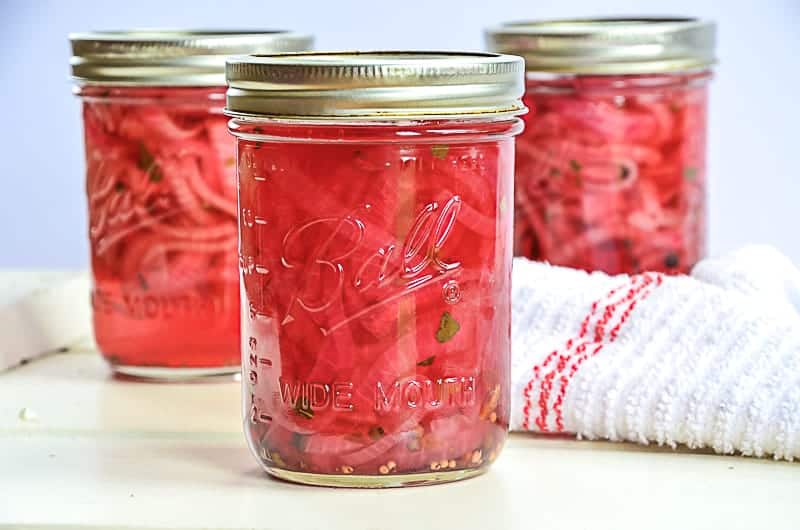 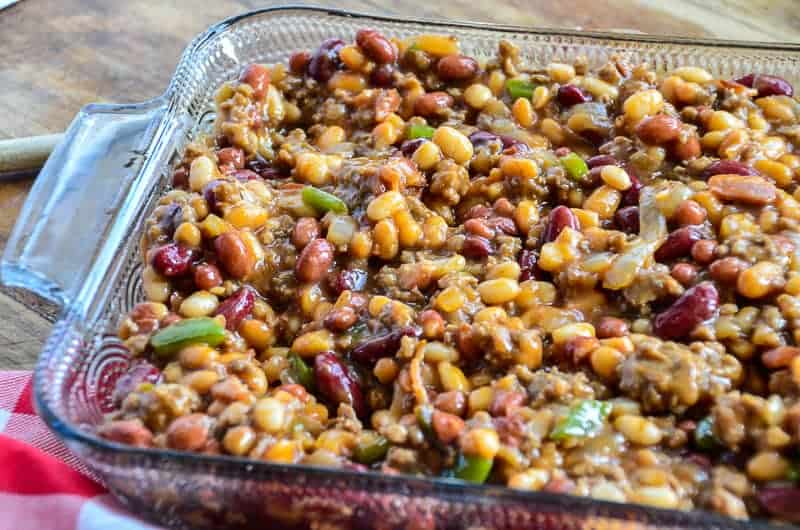