Possibly the eeriest stop on the Willard tour was the Morgue. In the early years of The Willard Asylum was almost completely self-sufficient, as time went on more resources and tasks were outsourced, but the medical care remained in house until the asylum closed it’s doors in 1997, if needed even a Willard patient’s final medical procedure, an autopsy would of been preformed on the Willard grounds in a dedicated morgue building near the south end of the property.

No renovations have been done to the morgue, and while I was not as intrigued with this building as others, but the final picture on this page is among my favorites from the tour. There is something about the mix of colors,  textures and items from different decades that appeal to me. 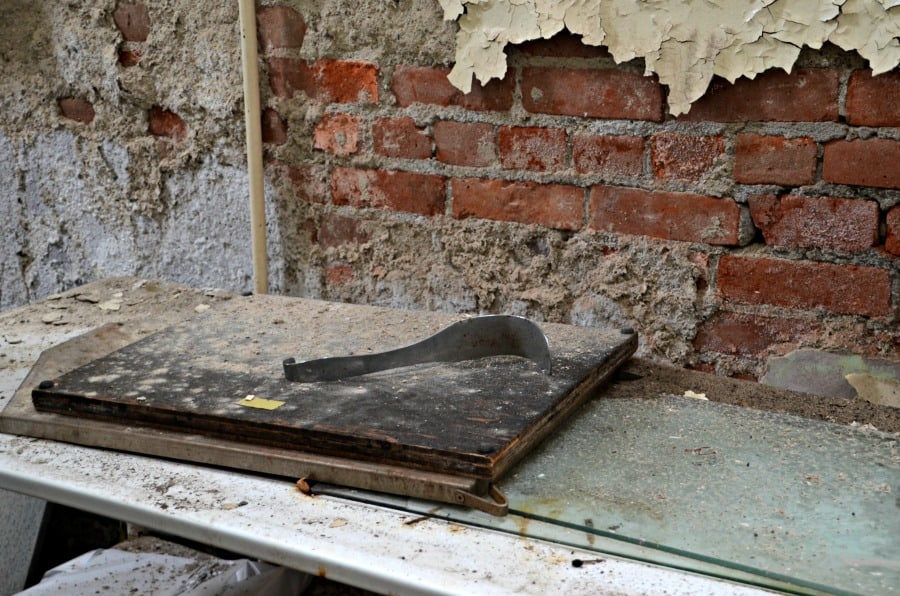 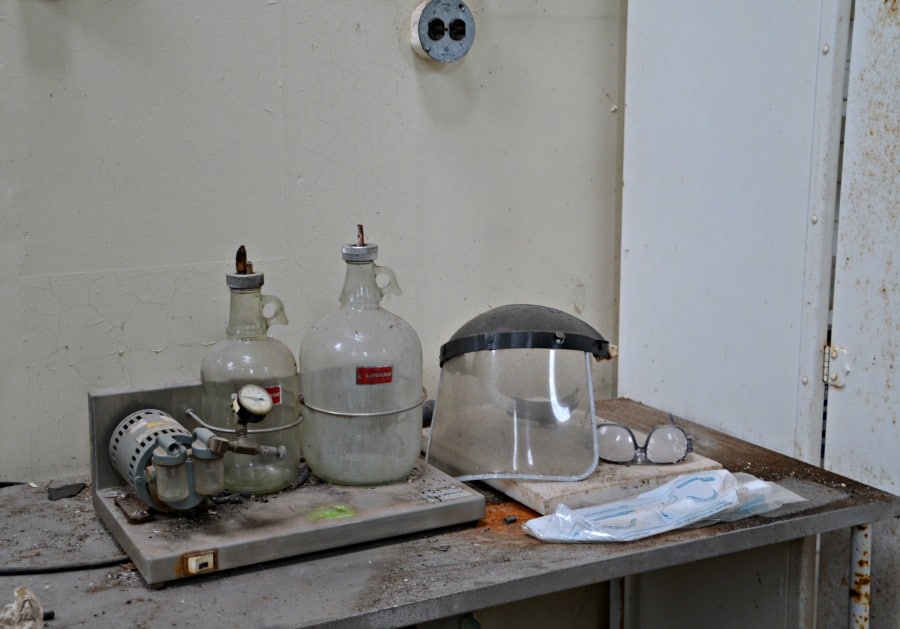 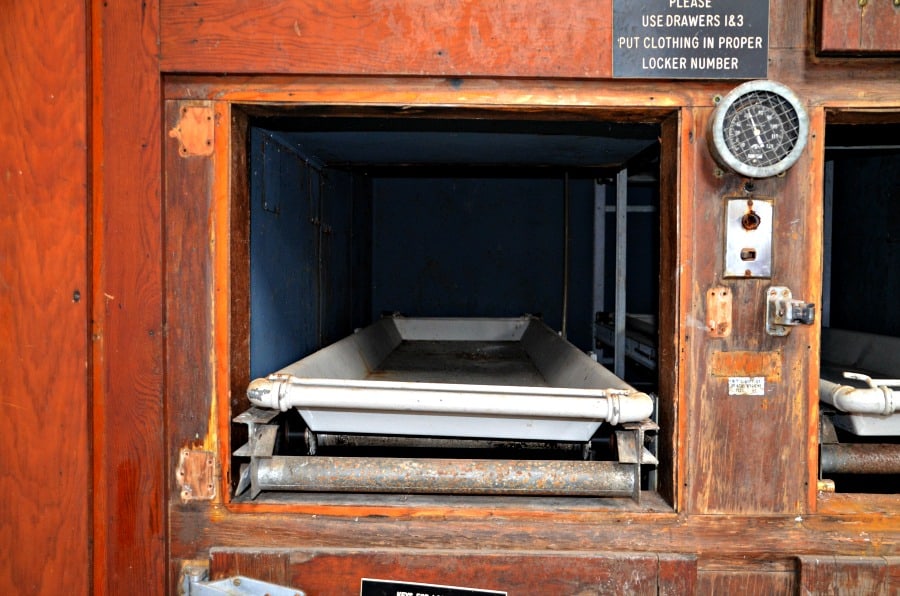 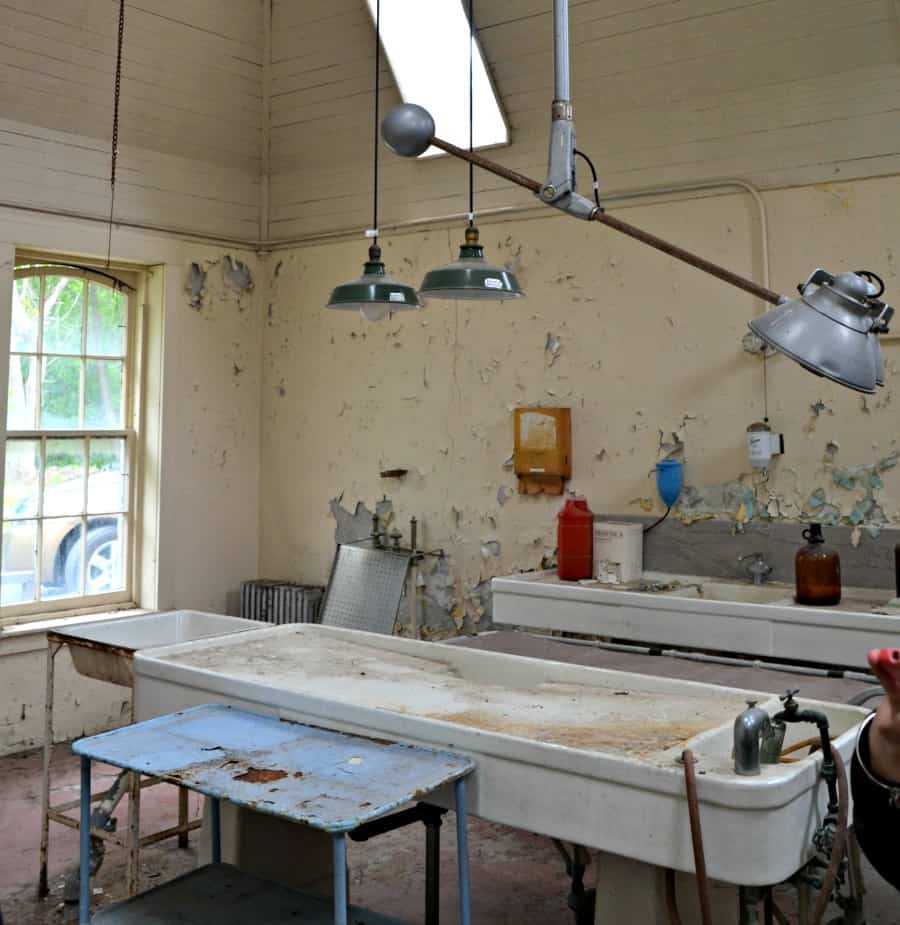 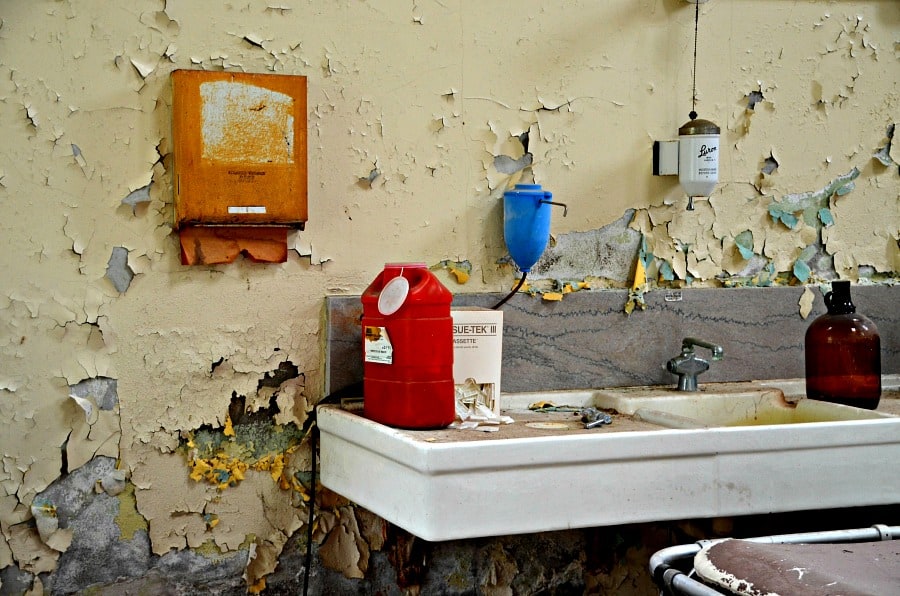 Is this tour handicap accessible?

Hi Emily, I believe almost all of the buildings (with the exception of the fire department) had multiple floors, and I only remember seeing a functional elevator in one of the buildings. The steps into each building were just a few to a handful, but I don’t remember seeing any ramps. I suggest you contact the Elizabeth Cady Children’s center to confirm this, but I would not personally call the tour accessible.

I am interested in the 2015 tour. Can I reserve 2 places or who should I contact for information. Thank you.

Hi Deb! no reservations are necessary, the tour will be held on May 16th this year. Tours will begin promptly at 9:00 a.m. and 1:00 p.m. Ticket sales will be at the door only. There are a few changes this year, check out my post for all the details! And if you have further questions contact the Elizabeth Cady Stanton Children's Center

Christine @ Once Upon a Time in a Bed of Wildflowers

Ooh! Kind of creepy! Thanks for sharing these... I wish we hadn't had something else to do that day! Maybe next year...

I think I will be going back next year! Really the three hours is barely enough time to really see everything!