29 shares
Traditional Apple Crisp with a buttery crunchy streusel topping is a delicious fall treat when you don’t have time to roll out pie dough. 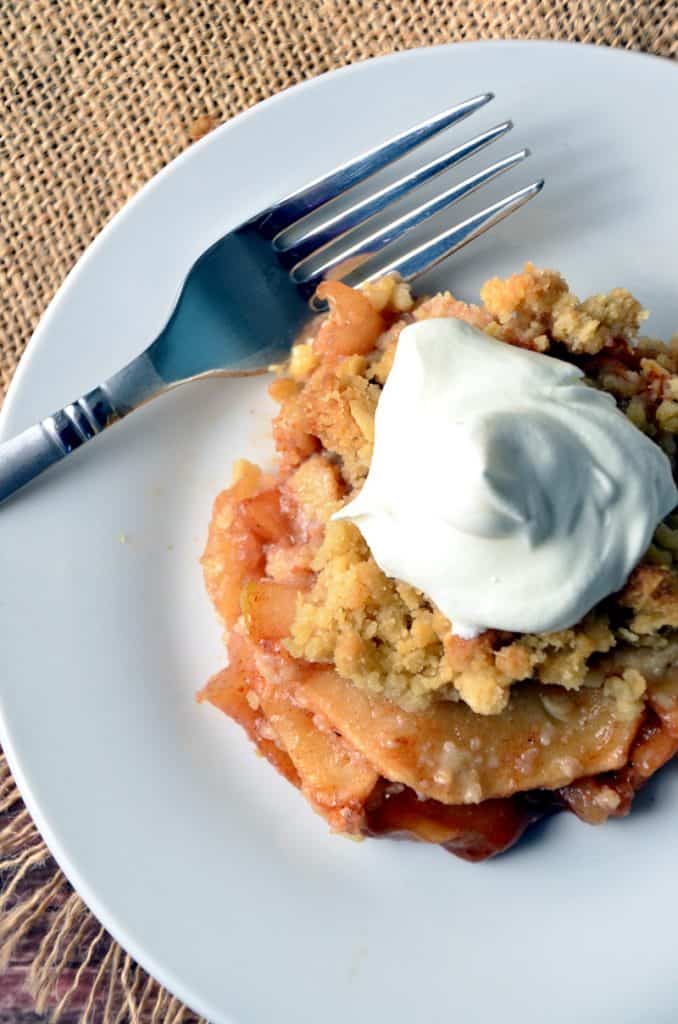 Apple season is in full swing here in Upstate New York, and I have a hard time resisting the season’s bounty. I go to the apple shed and come home with a ton of sacks full of different varieties. Some apples for eating, but most for baking. Apple pie always makes frequent appearances for dessert at my house during apple season, but there are days when making and rolling out pie dough just aren’t going to happen, those are apple crisp days.

I love this recipe for apple crisp because it bakes up a large pan with tons of streusel topping, my family can seriously devour a small pan of apple crisp in one sitting. Ina Garten’s method for mixing up the streusel topping is by far one of the easiest I have ever seen, let your stand mixer do the work!

I like the filling of my apple crisp to be like a pie filling, so I add cornstarch to thicken and pull together the filling ingredients, but many apple crisp recipes lack a thickener in the filling. Which makes me wonder do you like your apple crisp filling juicy and runny, or do you prefer a pie like filling?

If your preference is for a looser filling consistency, you can omit the cornstarch. This Apple Crisp is a winner either way 🙂 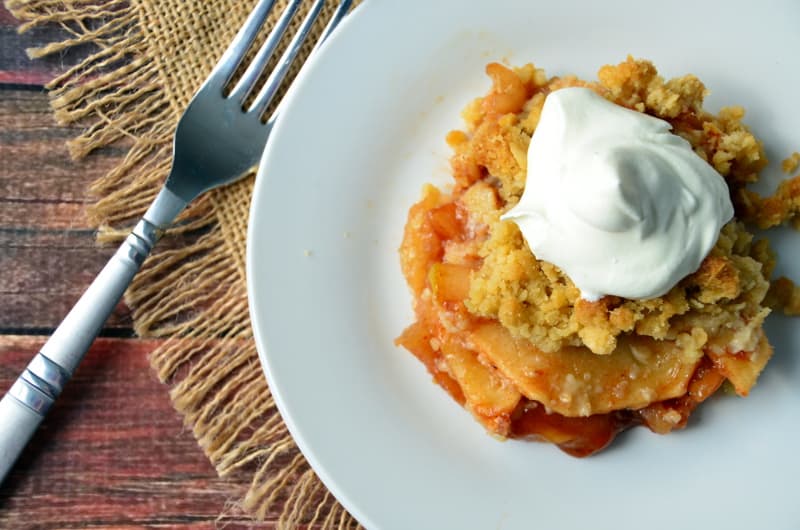 To make the topping