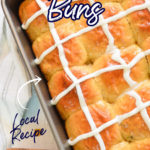 Hands down the most requests I get for Upstate New York recipes are for anything from Home Dairy. I receive several emails and messages every month about Home Dairy. Often the recipe requests come with a nostalgic story of afterschool walks to the bakery to get a half moon cookie, lunches with mom after a morning of shopping, and beautiful tiered wedding cakes.

Finding recipes from Home Dairy has proven to be incredibly difficult. The signature baked cookies, cakes and bread that people continue to crave even now, seemingly disappereard when the small localy adored luncheon spot closed its doors for the last time.

Often in small family establishments recipes are exchanged verbally, and techniques taught in person. Not to mention Robert Avery, the owner of Home Dairy seemed to be somewhat of a powerhouse of a man, who jogged to the shop at 3 am every morning to start work on the day’s baked goods. It’s easy to imagine he had committed most of what he produced to memory, intuitively creating doughs by feel and muscle memory.

While the beloved cafe has been gone for quite a while, the impact Home Dairy left on the community is profound. It is not uncommon to hear stories Clearly this Finger Lakes luncheon and bakery left a lasting impression on the area.

The Home Dairy Bakery and Cafeteria had a couple of locations in the Finger Lakes area, one was on the Ithaca Commons in the heart of the Finger Lakes.Originally owned by Edgar “Ted” Berry until the Avery family took full ownership of the Home Dairy establishment in 1968. The Avery family operated the Home Dairy in Ithaca until 1997, when they closed the doors for the final time. Several years ago Robert Avery’s son Jim created a nostalgic Home Dairy facebook page to share family photos from the bakery, it’s definitely worth a look!

I personally do not have any memories of visiting Home Dairy, but I know many do. I would love to hear your thoughts and stories about visiting the Home Dairy!

Here comes the obvious disclaimer! This recipe for sweet buns was submitted to me by a reader. I have absolutely no way to verify the authenticity. There is very little backstory to the recipe, other than the reader’s husband was friends with Ford Chrissy who happened to be a baker at Home Dairy. The hand written recipe was shared with the reader’s husband, and she has had the index card with this recipe in her possession for many years, since the mid 1980’s.

I was able to confirm that Ford Chrissy worked at Home Dairy in Ithaca, but that’s where the story ends.

Whenever recipes are submitted to me I test the recipe exactly as written, if the recipe fails or doesn’t yield consistent results I will tweak the recipe. I share my adjustments in the recipe card, but I will always supply the recipe as was submitted.

The adjustments I made to the sweet bun recipe…

What are Hot Cross Buns?

Hot cross buns are yeasted sweet buns filled with warm spices and dried fruits such as currants, raisins, and/or candied citrus. These sweet buns are traditionally eaten during the Easter season, particularly on Good Friday, although many people enjoy them any time of the year. The signature icing cross that represents the crucifixion—is piped on the top of each bun.

Hot cross buns have a long history, and versions of them even appear in ancient Greece. There are a lot of Historical Myths And Traditions surrounding Hot Cross Buns, and even a nursery rhyme that is said to be English language street cry used by vendors to sell their baked goods, later perpetuated as a nursery rhyme and an aid in musical education.

How to Make Hot Cross Buns

The Basic Steps to Make These Hot Cross Buns are:

My bread machine is one of my favorite kitchen gadgets! I almost never use it to completely bake a loaf of bread, instead I use the dough setting to handle the messiest, but most critical step in bread making.
To use your bread machine to make hot cross buns, simply add your ingredients to the dough bucket. Set the machine on the dough cycle. Most bread machines have a setting for dough additions like dried fruit, add the raisins or chopped dried fruit at the beep indicating it’s time to add your soaked raisins. If the mixture seems too dry, add water in very small amounts. Once the dough cycle has completed, remove the dough and shape following the instructions.

The Best Way to Portion Dough For Rolls

After making Hot Cross Buns several times while testing this recipe I have come to the conclusion that there is a surefire way to make sure each of your rolls are the same size, and you have picture perfect rolls, and bakery quality results. A digital scale will be your best friend if you are like me and have difficulty eyeballing 15 equally sized pieces of dough. Simply weigh your total dough in ounces, and divide by 15, this will give you the exact ounces each of your rolls should be for consistent sized rolls. After you have your desired dough weight per bun, cut a small portion of dough and weigh it, adjust the dough by cutting more off or adding to it until it reaches the ounce size you found by dividing the whole dough ball by 15.

How to Reheat Hot Cross Buns

There are two camps of thought when it comes to reheating hot cross buns, some people prefer to toast them, and others prefer a short spin around the microwave. A hot cross bun reheated in the microwave will be soft, warm and fluffy and more like they were when freshly baked. Toasted hot cross buns will be crisp on the outside and soft and chewy on the inside.

To reheat hot cross buns in the microwave. Arrange rolls on a microwave-safe plate. Cover the rolls with a slightly damp, clean kitchen towel or paper towel. Microwave until just warmed through, 30 to 45 seconds. The rolls should not be super hot, or they will turn tough and chewy.

To toast hot cross buns in the oven. Arrange a rack in the middle of the oven and heat to 350°F (177 °C). Put the buns face-up on a baking sheet, brush the cut side with melted butter if desired. Bake the buns for about 7-10 minutes or until they are slightly crispy.